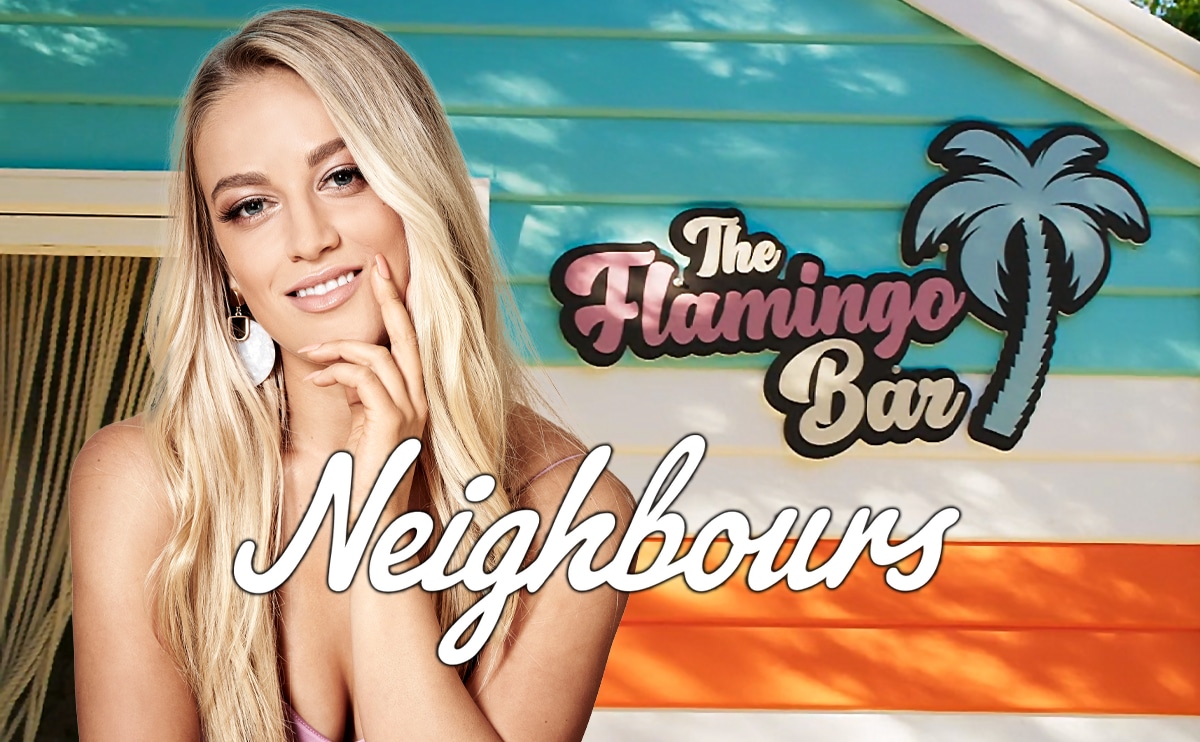 Coming up on next week’s Neighbours in the UK, Roxy thinks she’s found the perfect new career opportunity, while Karl and Mackenzie start to suspect Toadie is having a secret romance!

These episodes will air from Monday 24th May.

Since arriving in Erinsborough more than two years ago, Roxy Willis (Zima Anderson) has struggled to find her place when it comes to her career. 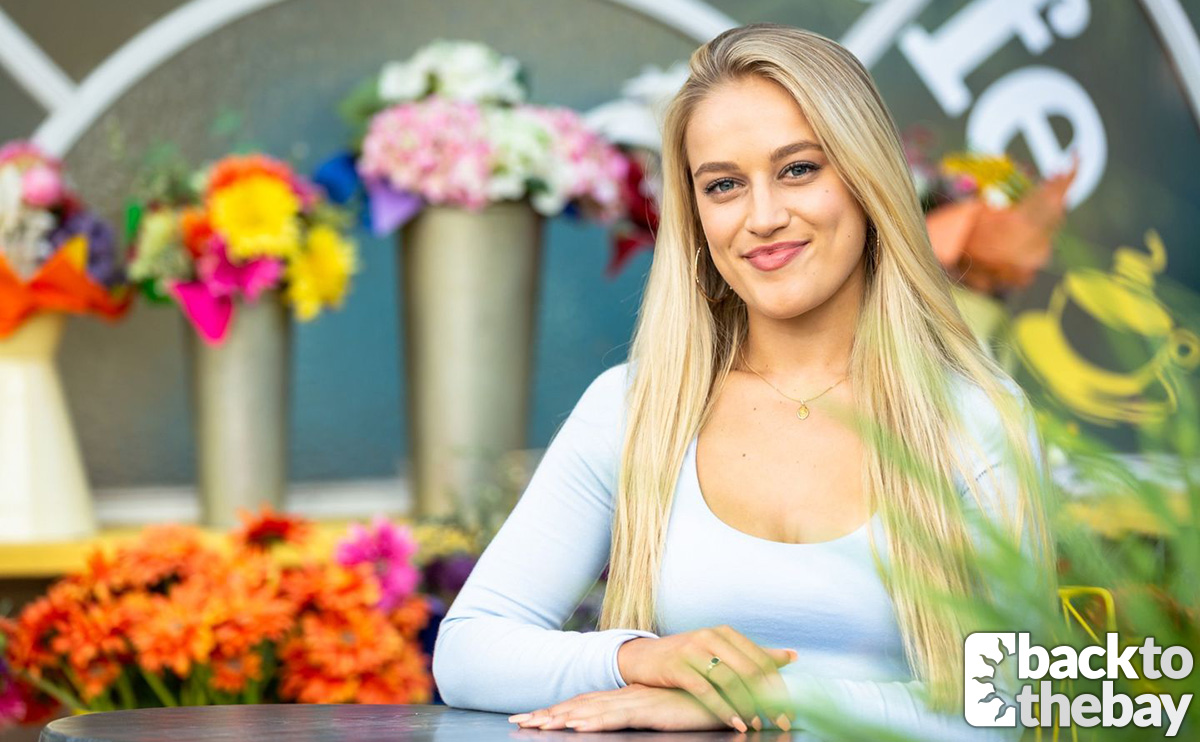 First off, she was generously given trial shifts by her aunt Terese (Rebekah Elmaloglou) at the Waterhole and Lassiters, but after setting fire to the bar and rummaging through personal belongings, she was told she was unsuccessful. 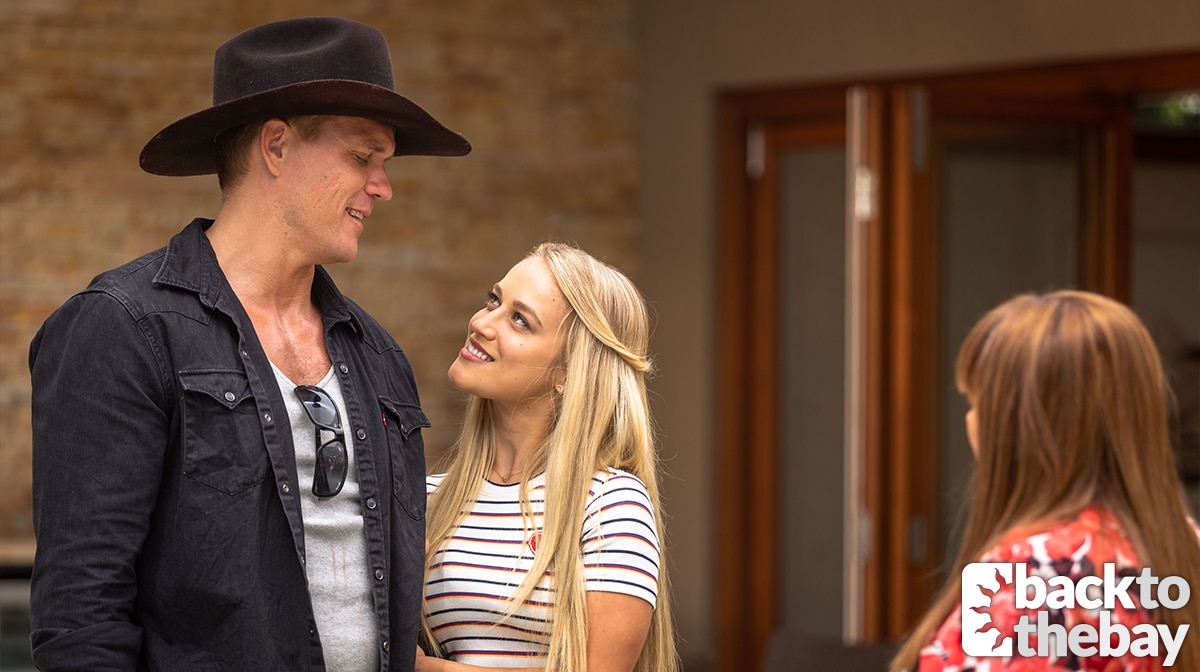 Vance was Roxy’s much older boyfriend from Darwin who was winning money from betting on fixed horse races.

Then, she and Leo (Tim Kano) went into business together, when they bought the Back Lane Bar. Unfortunately for Leo, the money Roxy used wasn’t hers, but rather that of her dodgy then-boyfriend from Darwin, Vance Abernathy (Conrad Coleby). The business deal didn’t last much longer after the truth was revealed.

Eventually, she was successful in gaining employment at the Waterhole. While she was happy enough working for Sheila (Colette Mann), her ambition for greater things still shone through when she attempted to help boyfriend Kyle (Chris Milligan) at his restaurant, only to almost kill her neighbour, Bea (Bonnie Anderson), when she picked poisonous mushrooms which ended up in Kyle’s roo pies.

The mistake almost caused Kyle to lose The 82 for good, and left Roxy feeling more than a little foolish.

So, it is quite understandable that she has been flat for the last few months, struggling to see a way to fulfil her dreams of becoming a successful businesswoman.

Next week, a job advertisement at Lassiters could be exactly what the blond bombshell needs. 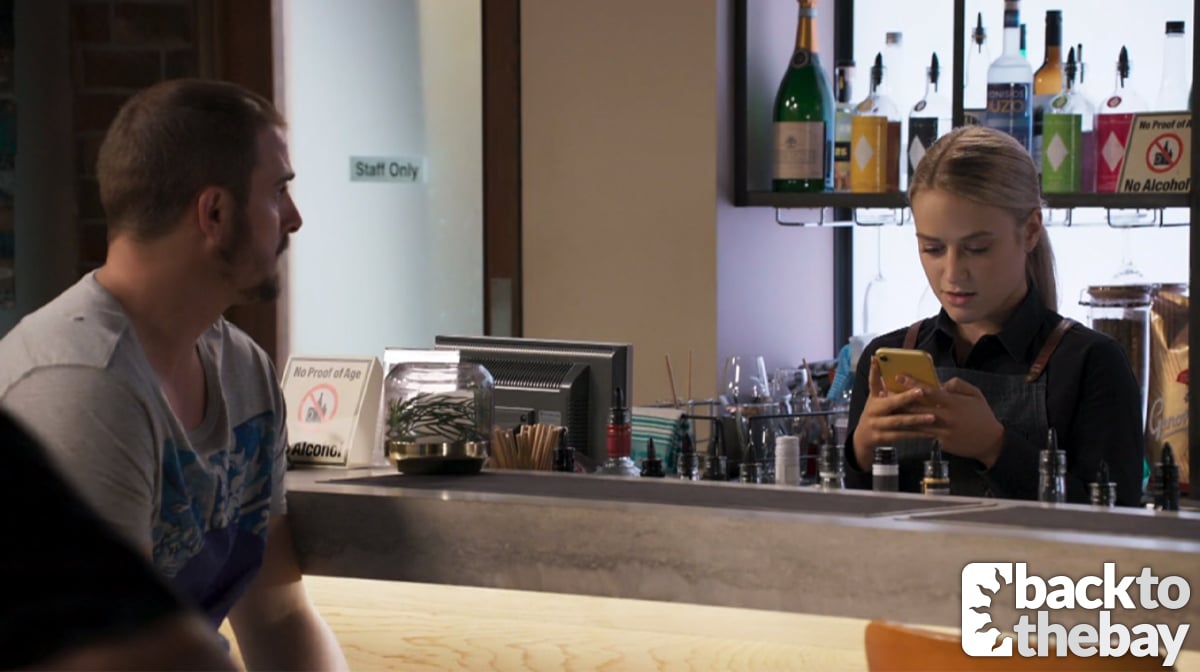 It all starts when she discovers that Paul (Stefan Dennis) and Terese are advertising for a manager and activities director at their newest business venture, The Flamingo Bar. The colourful new bar is performing really well, almost matching Harold’s in terms of revenue, and the power couple think it’s time to hire a manager to take it to the next level.

She thinks that the role is perfect for her, and Kyle agrees. After all, she did once set up a mechanical bull in the complex to promote the Back Lane Bar, so she knows she’s got the imagination to propel the bar to greatness. 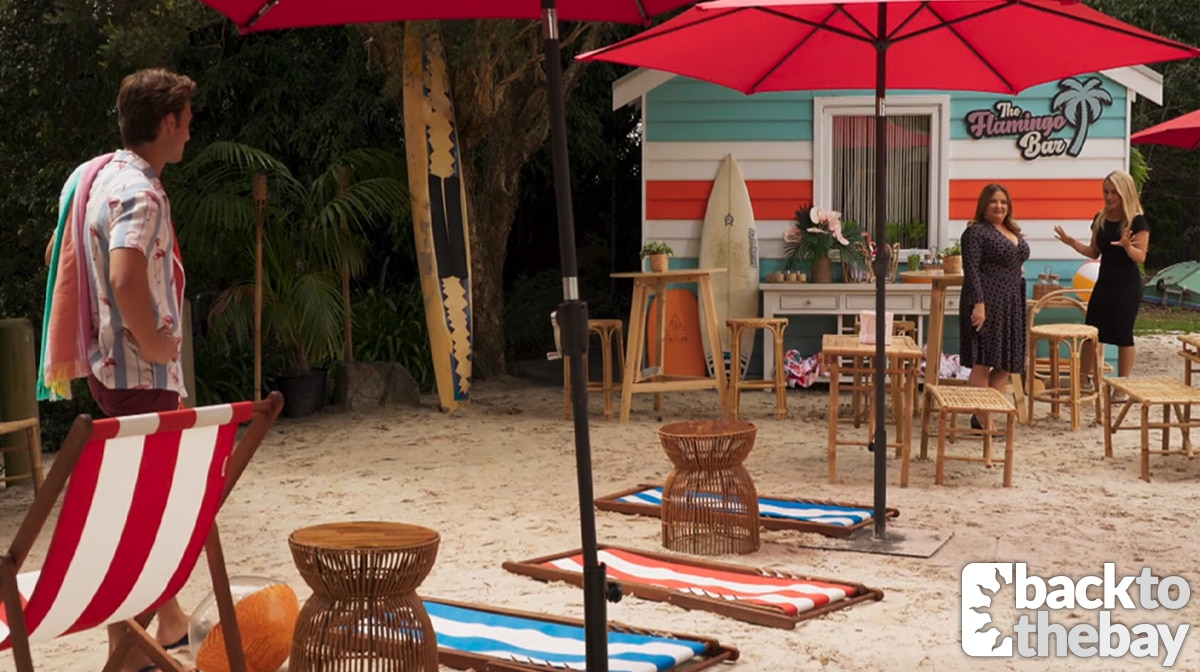 Organising a meeting with Terese, Roxy uses lifeguard Jesse (Cameron Robbie) for an on the spot character reference, before detailing her ideas for the Flamingo Bar.

She sees it as the new event venue for Erinsborough. Not only could it be used for beach themed parties, but also live music events on the sand overlooking the lake and of course, sunset weddings. It’s perfect.

Thinking she has blown Terese away, Roxy is proud of herself. Terese assures her that everything she has said sounds amazing, and to make sure she puts it all down in her application. 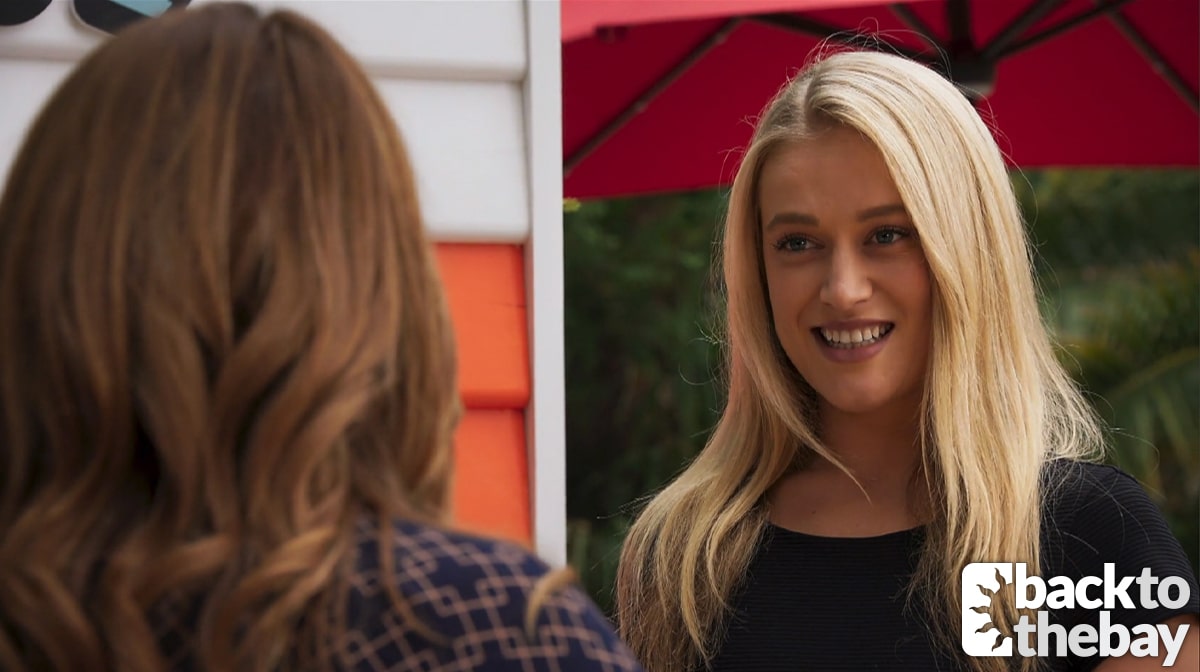 Eh?! Roxy’s expression says it all.

“Application?” Roxy was under the impression she could just do a trial for her aunt, hoping to prove she was more than capable in the position. But Terese informs her that Paul is all over this. They need someone who is the perfect appointment. Roxy confirms that she is just that, but Terese is adamant – she will need to submit an application, just like everyone else. She just needs to make it show that she is perfect for the role.

Roxy is bummed, and later that afternoon, laments to Kyle that while she can say that she is perfect for the role, she struggles to get it all down on paper. He isn’t exactly in the best place to help her out with that either, so the pair get brainstorming. 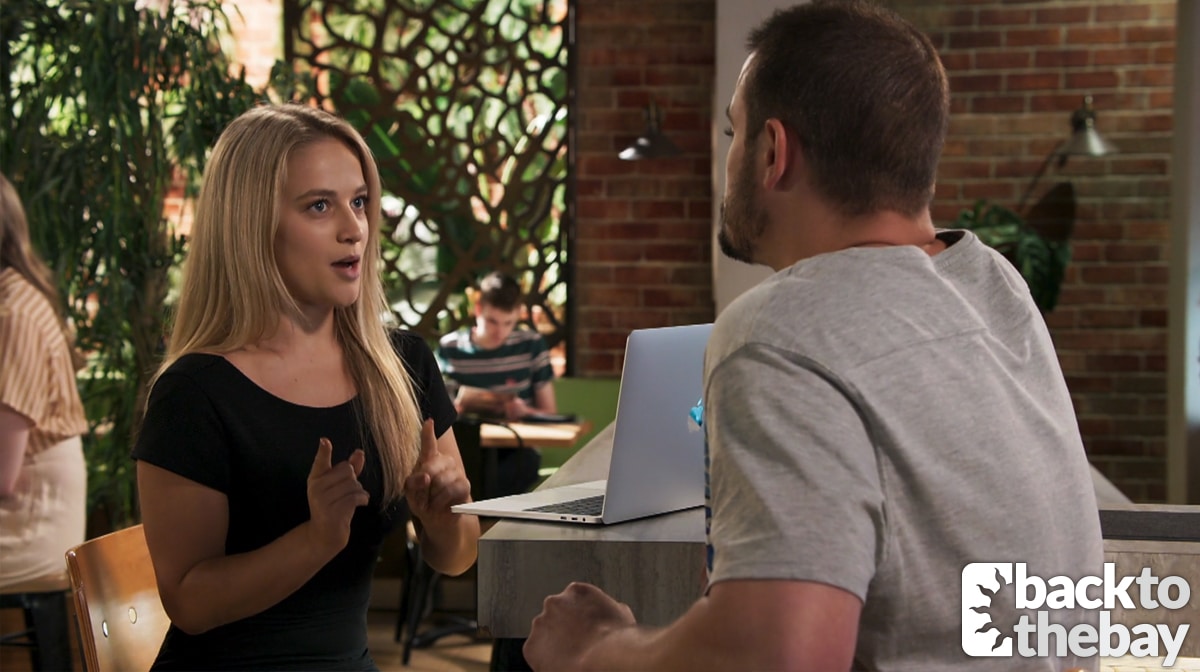 Roxy comes up with an idea. Instead of writing a boring application, why doesn’t she throw an event to prove her worth and show Paul and Terese exactly what she is capable of? After all, the proof is in the pudding. Kyle thinks it is an excellent idea, and his only question is what type of event she could put on.

“What ties up bars, beach and brings people in too?” Roxy questions.

While it isn’t the quite what Roxy had in mind, the idea gets her synapses firing, and the right event comes to her seconds later. 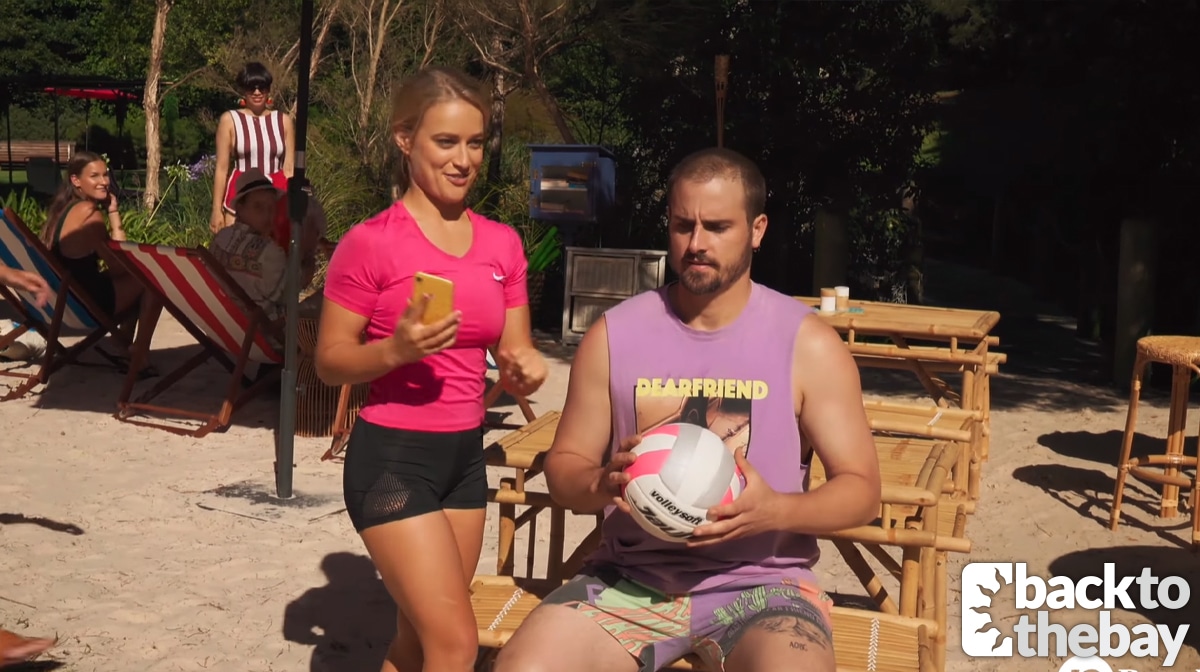 …and it looks like her plans will become a reality! Over the next few weeks, the residents of Erinsborough start their training for what’s set to be the competitive event of the year. 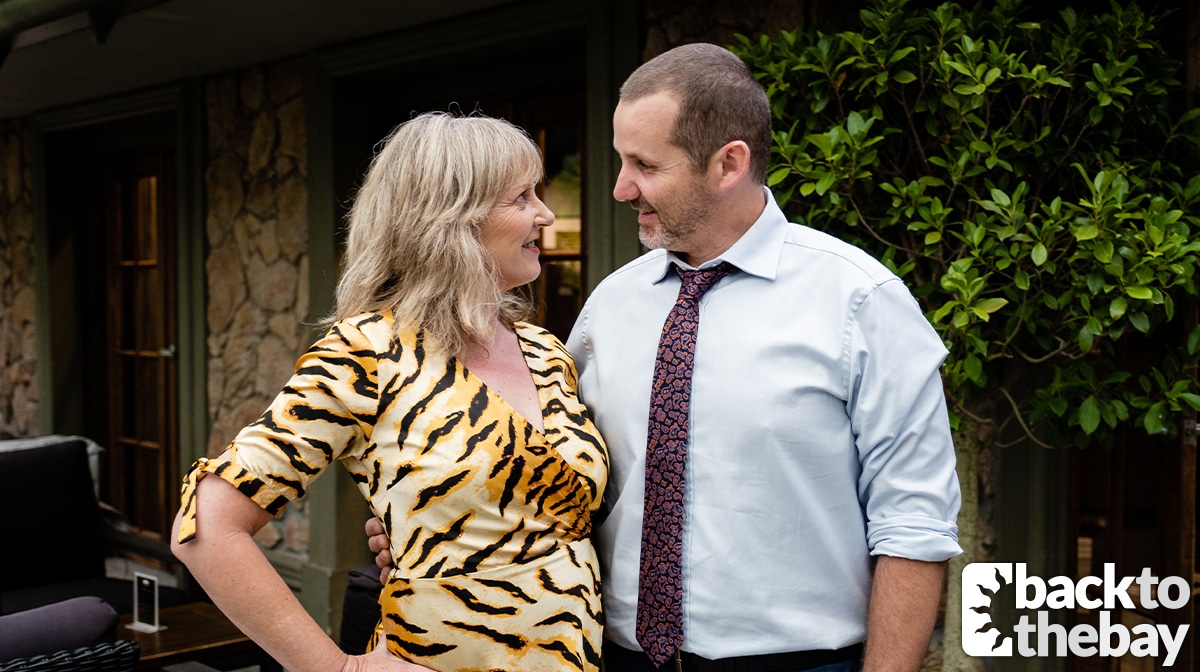 Meanwhile, Toadie (Ryan Moloney) and Melanie (Lucinda Cowden)’s secret romance is under threat when Karl (Alan Fletcher) and Mackenzie (Georgie Stone) twig the loveable lawyer could be having a secret romance.

What starts off as a girls’ night soon turns into something from Mission Impossible as Mackenzie discusses with Karl the fact that Toadie has a late-night meeting and has been acting very strangely lately.

The pair resolve that there must be something going on, and set about trying to discover the identity of Toadie’s secret lover. It’s not long before Karl throws on the lycra and behinds to ‘secretly’ follow his friend, albeit not well camouflaged! 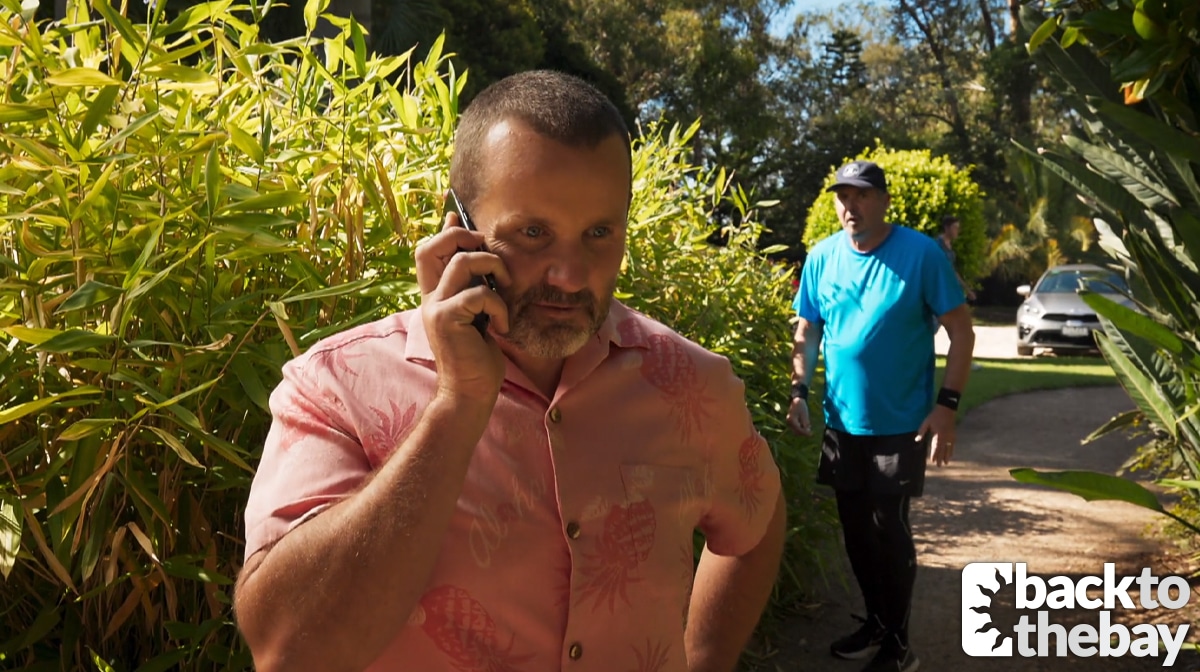 But Toadie and Melanie have got the upper hand. Knowing their behaviour is suss, they book a hotel room at Lassiters, determined to get out of the office or the house and have some time alone where they can’t get caught.

Unfortunately for them, Hendrix (Benny Turland) offers to do a favour for Harlow (Jemma Donovan) and cover her shift, landing the pair in a sticky situation as unexpectedly arrives to clean their hotel room, with Melanie forced to hide in the bathroom.

Soon enough, Hendrix is buying into Karl and Mackenzie’s theories.

Will the lawyer and his assistant be caught in a compromising position, or will they make a drastic change to stop their relationship from being uncovered?

When Harlow learns that an anonymous user has been accessing the Year 13 info portal, she sneaks into the school to find out if it’s Brent.

Ned learns that Sheila #2 has agreed to pay more for The Hive that she previously stated, and he’s convinced something else is at play.

Throwing herself into the podcast, Bea realises it might be time for a career change.

A concerned Hendrix offers to cover for Harlow at work so she can go try and find Brent.

Finally face-to-face, Harlow and Brent are unable to deny their attraction for each other.

After Mackenzie tells Karl of her suspicion that Toadie is seeing someone, Karl is determine to find out who it is.

Emmett decides to go with his mum to New Zealand, getting an emotional Ramsay Street goodbye.

Harlow confirms with Hendrix that she has found Brent, begging him to keep the secret.

Under the misguided assumption Hendrix and Harlow are back together and hiding it from Mackenzie, Toadie worries that their deceit will end up hurting her.

Jane returns from Mildura to the tension between Chloe, Nicolette, Aaron and David, and decides to throw an impromptu intervention.

Before Brent turns himself into the police, he and Harlow finish the toy he has been making for Aaron and David’s baby.

Paul grows increasingly suspicious of Harlow’s behaviour, finally finding the evidence that confirms his hunch that Harlow has been speaking with Brent.

Paul surprises everyone when he hires Toadie to be Brent’s lawyer.

Hurt to learn that Hendrix was keeping Brent’s whereabouts a secret for Harlow, Mackenzie can’t help but suspect that Hendrix still has feelings for his ex.

While decorating Aaron and David’s new nursery with Chloe, Nicolette accidentally smashes a lamp that may have been a family heirloom.