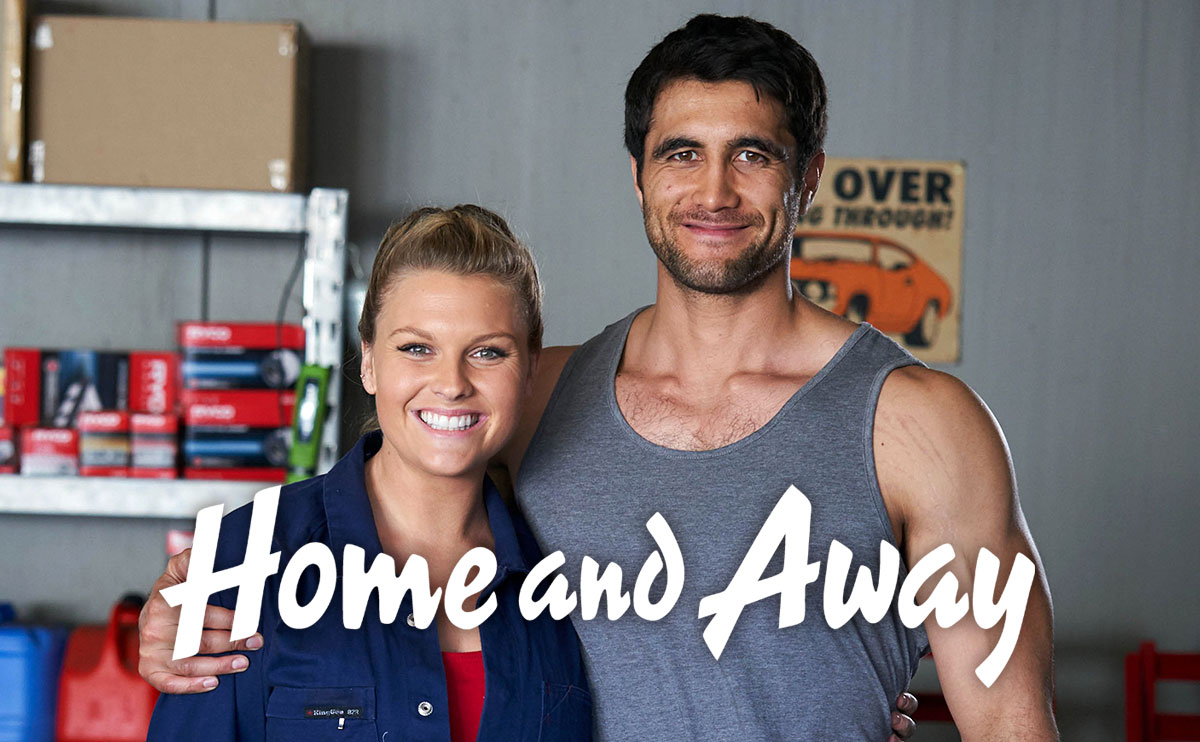 Coming up next week on Home and Away in the UK, things become awkward for Ziggy when Mackenzie reveals her secret has been rumbled, whilst Bella struggles to adjust to life without Colby…

After weeks of building sexual tension, Ziggy Astoni (Sophie Dillman) and Tane Parata (Ethan Browne) finally gave in to temptation and slept together in the season finale. Whilst Ziggy later felt she wasn’t ready to commit to any sort of relationship, following her split from Dean Thompson (Patrick O’Connor) last year, she’s found that she hasn’t been able to get Tane out of her mind! 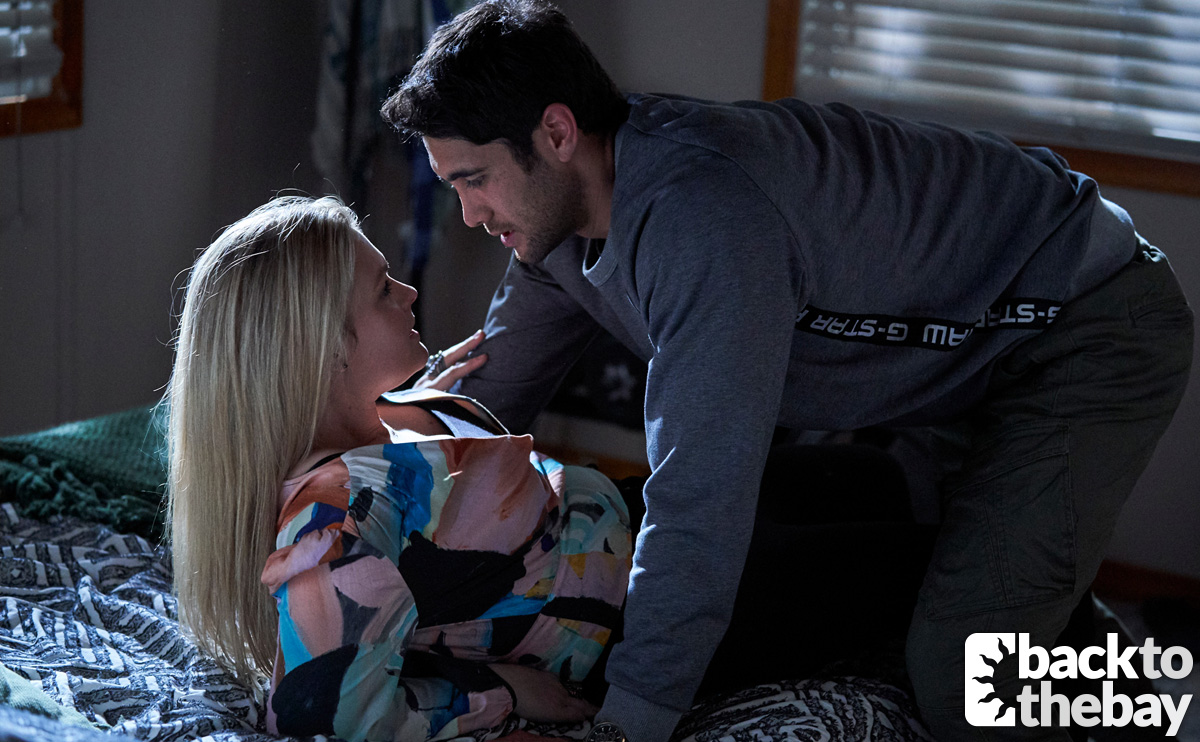 Ziggy recently had a huge emotional outburst to boss Justin (James Stewart) due to being confused over her feelings, particularly after Justin correctly predicted that history seemed to be repeating itself, with her and Tane’s situation being very similar to how her relationship started with Dean.

When housemate Mackenzie (Emily Weir) told Ziggy she was going to stay with Ari (Rob Kipa-Williams) for a few days, Ziggy finally seized the moment and invited Tane over. He was barely through the door before she started kissing him passionately.

But when Mac’s plans changed, she was shocked to return to the farmhouse and find Ziggy and Tane in a post-coital state underneath blankets on the sofa. 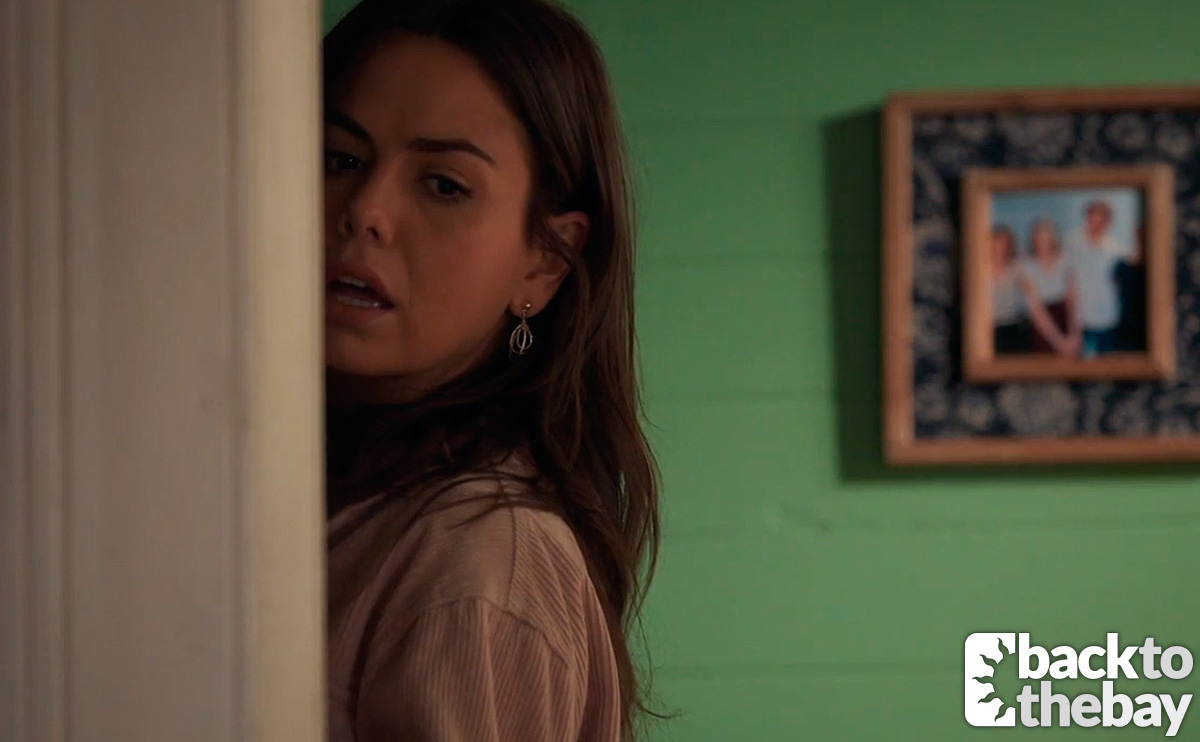 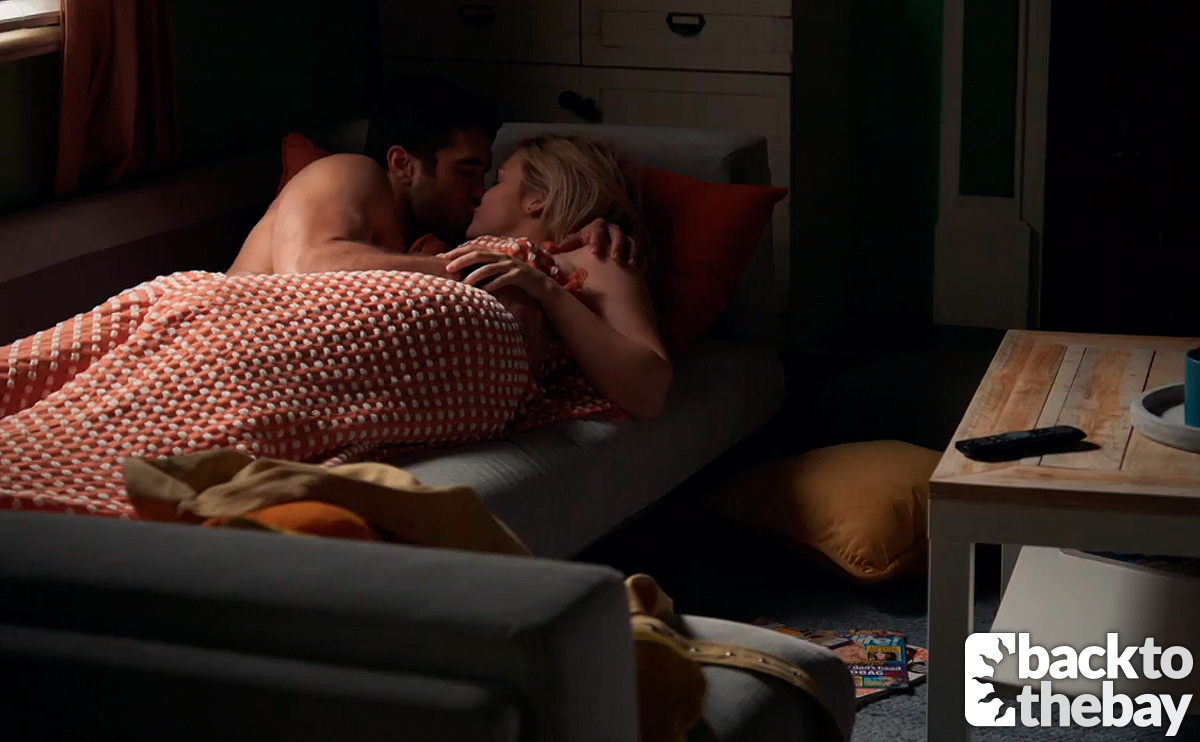 As we pick up the action this week, Mac has made a hasty exit, with Ziggy and Tane unaware that they’ve been rumbled. When Tane leaves, Ziggy explains that she wants to keep things under wraps for now.

When both Tane and Ziggy head to Salt on separate occasions during the day, Mac finds herself being quite frosty with both of them, as she not so subtly questions what they’ve been up to. Eventually Mac admits to Ziggy that she knows what’s going on, and wants to know why Ziggy didn’t tell her. 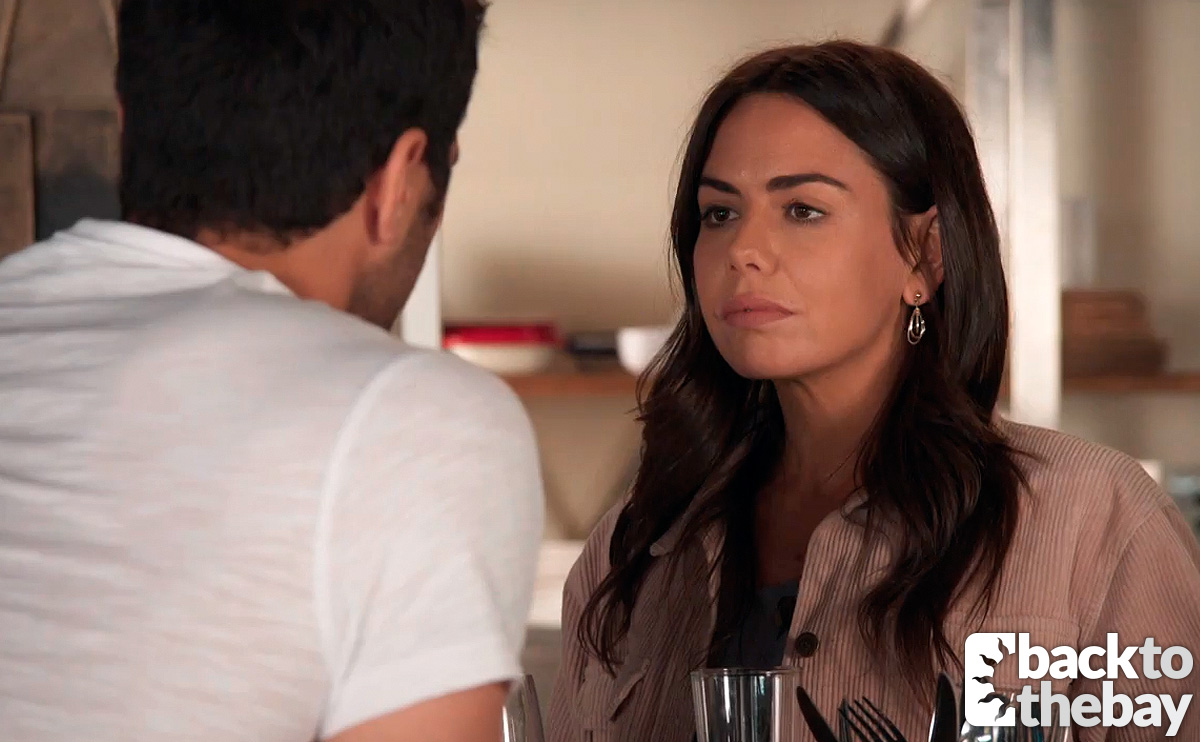 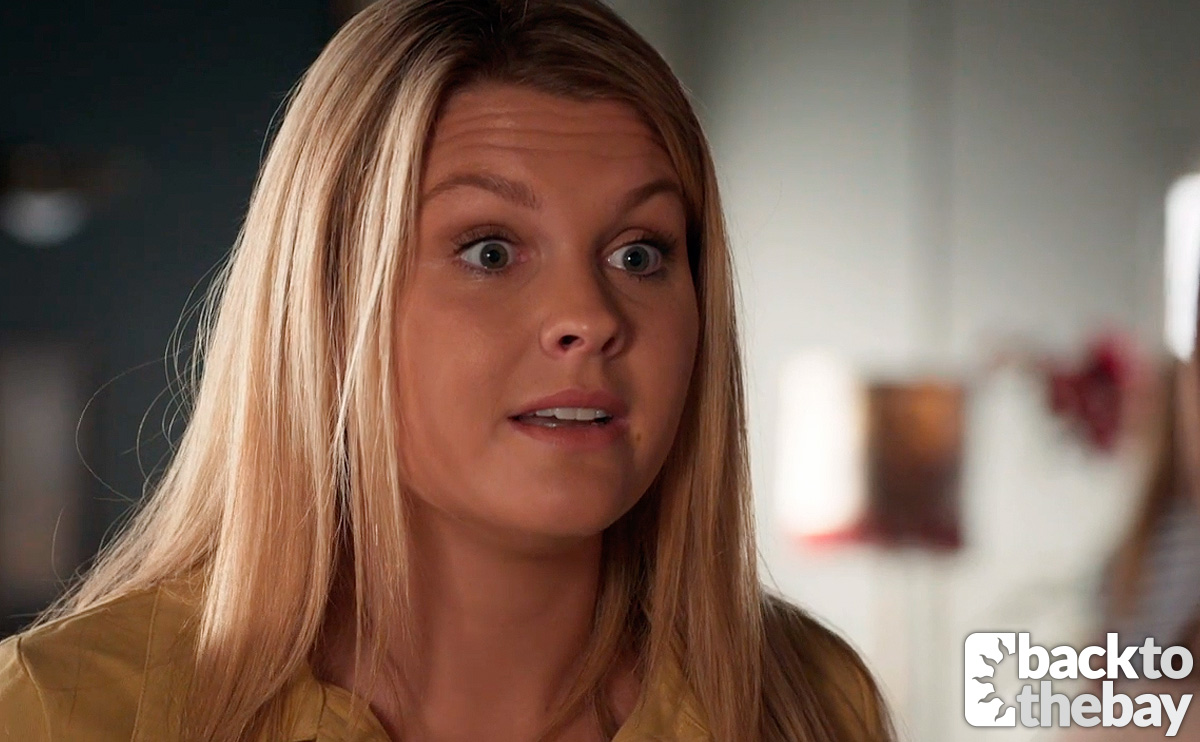 Taken aback, Ziggy explains that it’s not only awkward after Mac’s own confused feelings for Tane, but she’s also the sister of her ex-boyfriend. Above all else however, Ziggy tells her that it’s actually not any of Mac’s business, as she storms out.

Ziggy quickly informs Tane that Mac knows about them—she’s the last person that she wanted to know, other than Dean of course. Tane wants reassurance that he’s not going to get caught up in some sort of love triangle with her and Dean, and when Ziggy denies that will happen, he asks why she cares if Dean does find out about them. She realises he’s right.

Later in the week, when Mac makes another swift exit from the farmhouse after Tane stays over, Ziggy wants to know what her problem is. Mac explains that she doesn’t like lying to Dean, and when Ziggy points out that it’s not her problem anymore, Mac asks why she’s keeping it such a secret if that’s the case.

Right on cue, Dean enters Salt, and Mac challenges Ziggy to tell him about her and Tane… will she be able to go through with it? 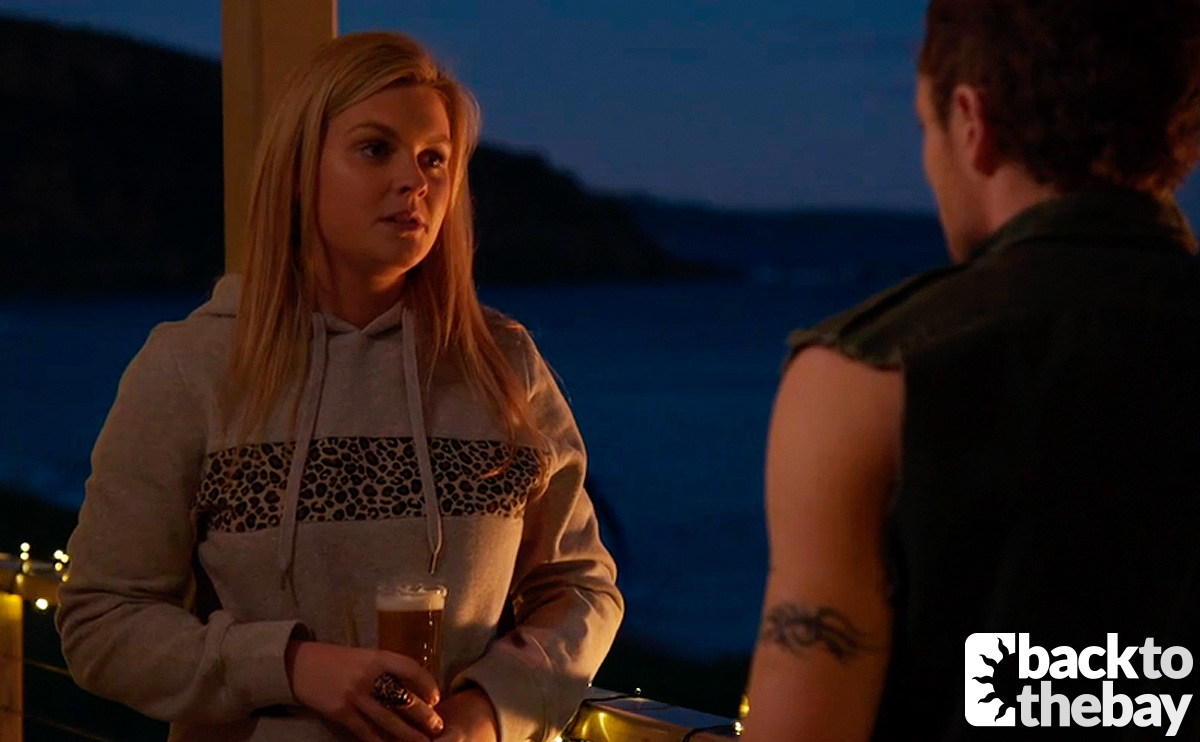 Meanwhile, after being stopped from seeing Colby (Tim Franklin) in prison last week, Bella (Courtney Miller) and Dean finally learn the truth about why he has been placed in solitary confinement, but only after it’s plastered over the front of the local paper.

With Dean finally deciding to accompany Bella on her visit, after initially vowing to never set foot in prison again, the two were turned away by prison officer Adrian Martinez (Shameer Birges) after being told Colby was involved in an incident.

When Dean later passed on a note from Colby to Bella, which had been given to him by Martinez, Bella was devastated to learn that Colby didn’t want to see them anymore. Whilst he promised that he would always be her big brother, Colby felt that the visits would be too painful for all of them.

This week, Bella enters Colby’s bedroom for the first time since he was imprisoned. His uniform is hanging up, the bed is unmade, it’s like he could be back at any moment. Dean joins Bella and asks if she’s going to move into the room herself, but Bella says she can’t—it wouldn’t feel right. 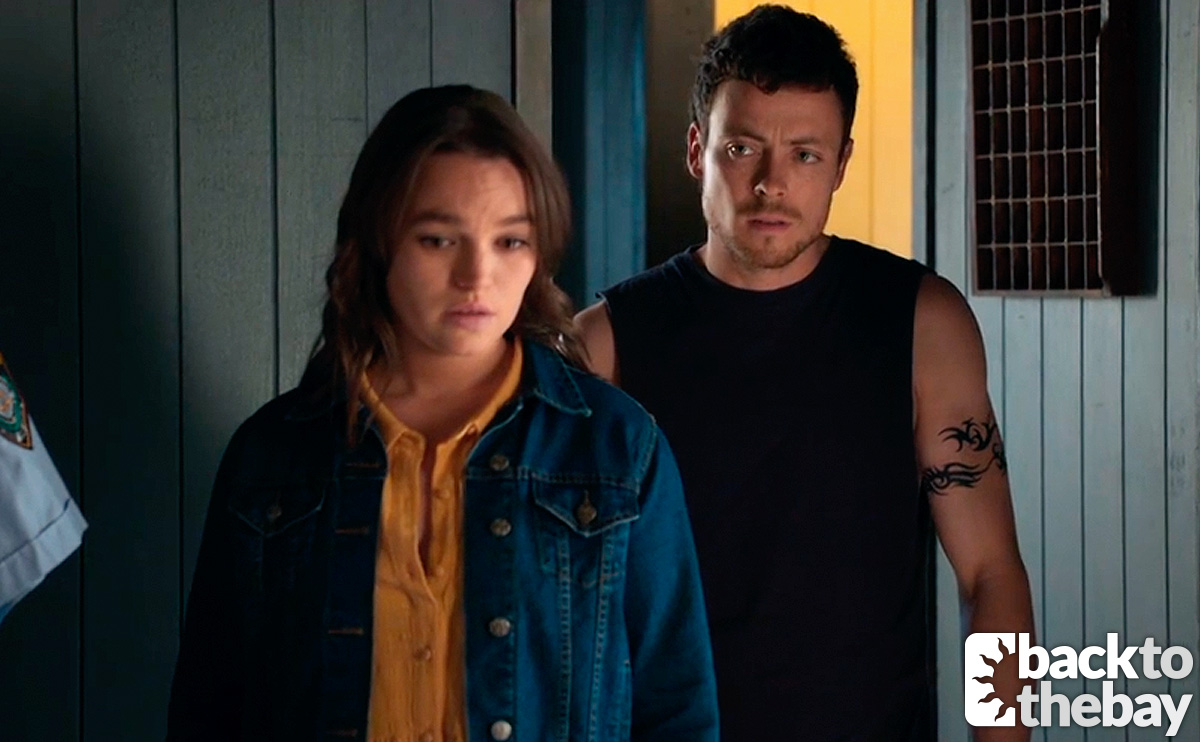 The discussion later moves to the apartment itself, with Bella suggesting that she defer her TAFE course in order to get a job and help out with the bills. Dean quickly shuts down this idea however, given that he was the one that paid for the course and Colby wouldn’t want her to give it up.

Later that day, Bella is shocked when she spots Colby on the front of the Coastal News, where it’s revealed that he’s been charged with a second murder! 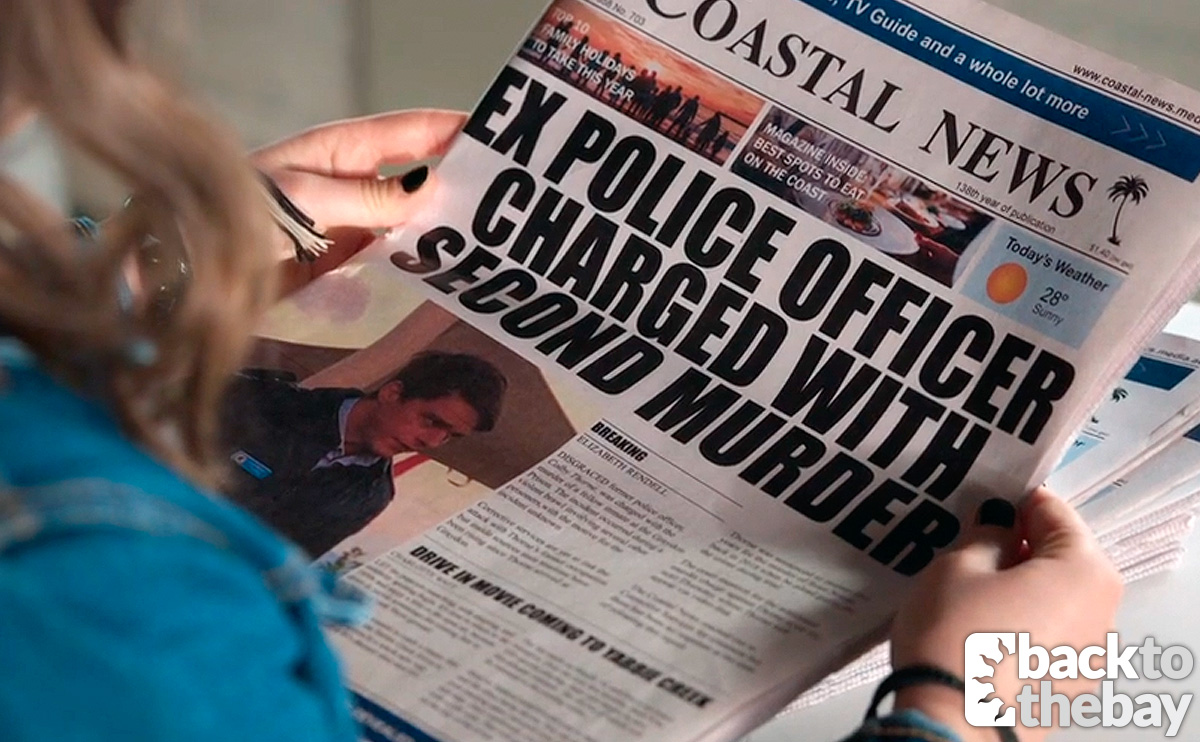 The incident in the prison saw Colby in a second fight with inmate Joe (Shaun Anthony Robinson), who had almost killed Colby previously. This time however, Colby was prepared with a concealed blade, and his stabbing of Joe proved to be fatal. 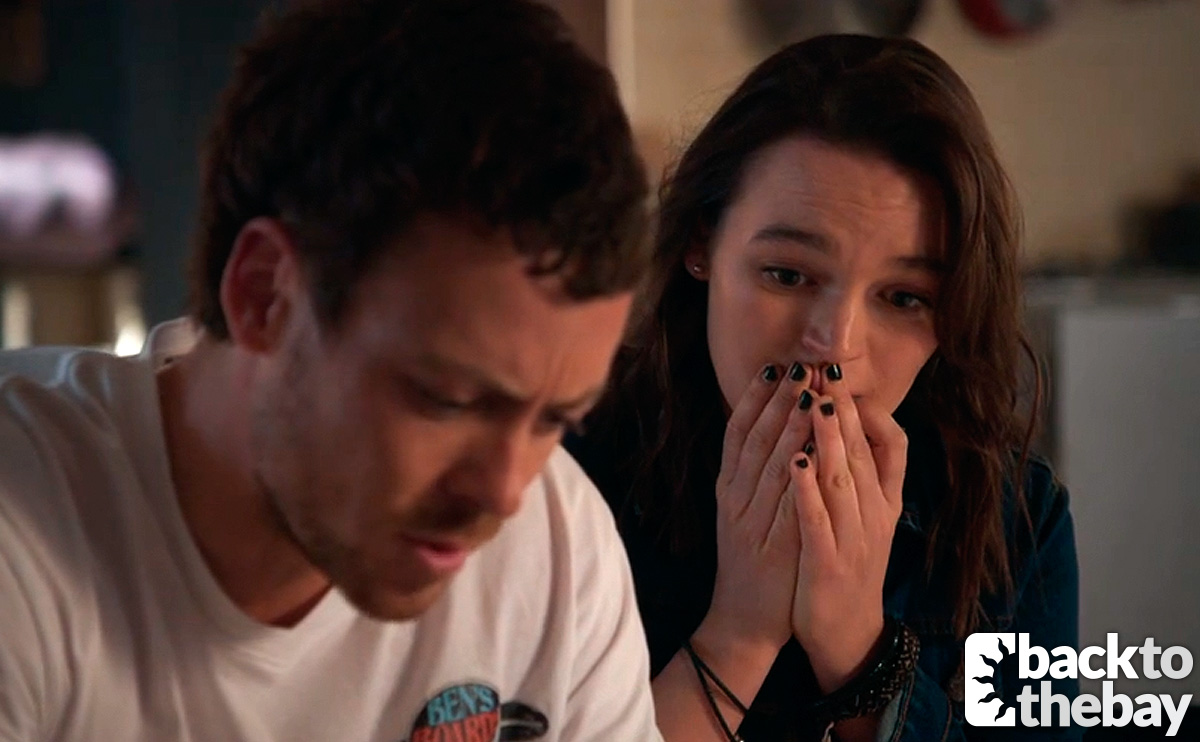 She rushes home to show Dean, who immediately feels a pang of guilt given that, on their last meeting, he had told Colby to do whatever it takes to survive.

As Bella seeks comfort by spending an afternoon lounging with best mate Ryder (Lukas Radovich), Dean has a talk with Jasmine (Sam Frost) who has also been shocked by the news. Dean tells her that everyone in Bella’s life has let her down, and she suggests that it’s time he made a stand. 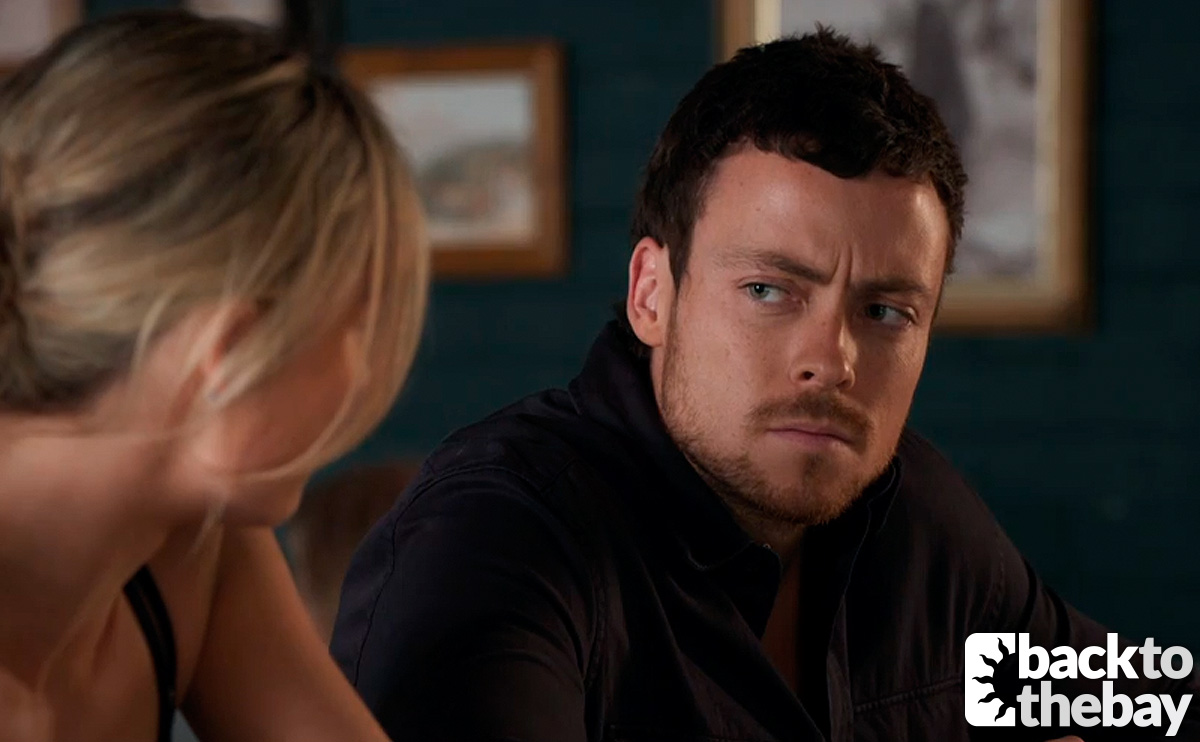 Later that evening, Dean returns to the apartment and reveals to Bella that he’s managed to get the apartment lease transferred, and it’s in both his and Bella’s names. They’re going to work things out together as a team. When he then reveals what he told Colby, Bella understands and reassures him that she’s not angry, she still loves him. 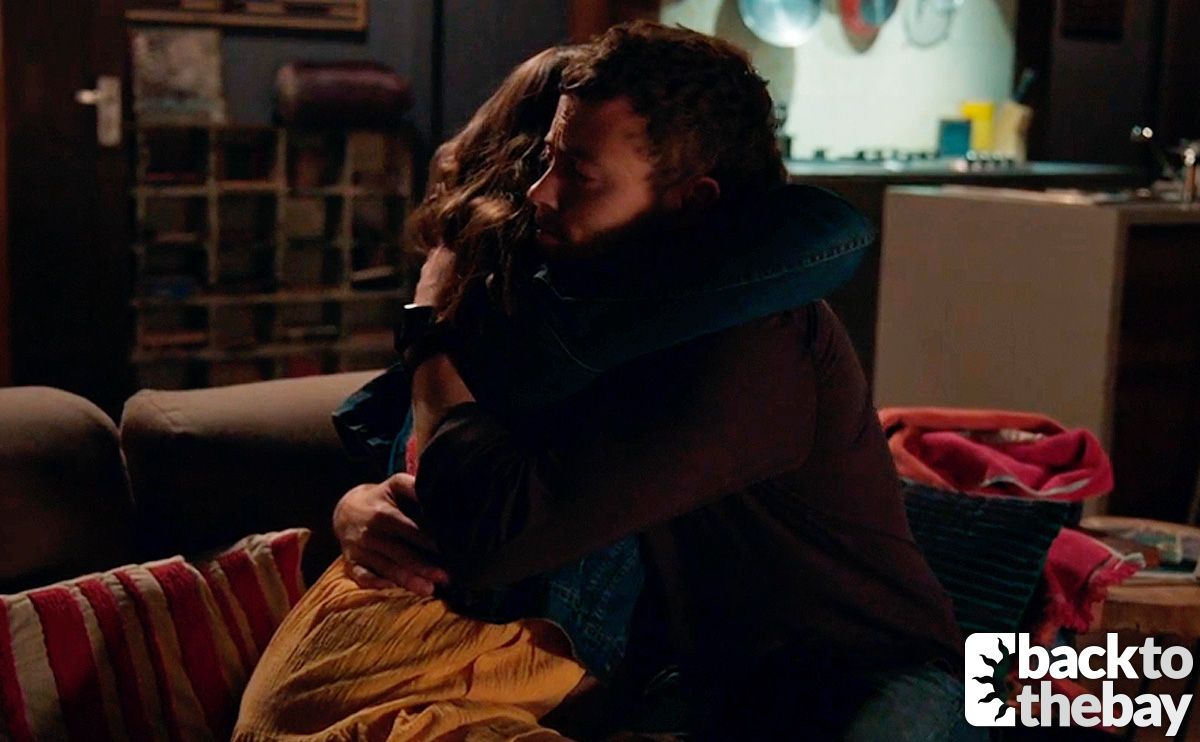 Have Bella and Dean finally turned a corner that will let them move on with their lives?

Ziggy and Tane hit a hurdle.

Bella discovers the truth about her brother.

Tori suspects Justin is hiding something.

Tori is in for a shock.

John and Susie plan a campaign.