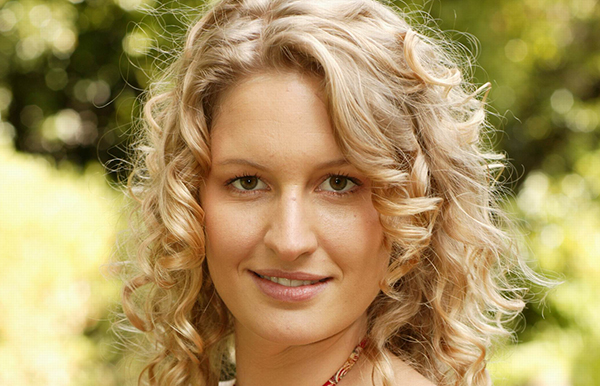 Kelli first appeared on the night of Belle’s kidnapping. A few years earlier Kelli and Amanda had been in a serious car accident. Amanda walked out without a scratch but Kelli didnt, she had serious burns and was scarred physically and mentally. She was in and out of hospital for a long time. Amanda was the one driving that night and Kelli held her responsible for her burns. She didn’t come to Summer Bay for a social visit she was back for revenge!

Amanda was delighted to see her sister after not seeing her for long while, Kelli was too, but for other reasons. The night she arrived in the Bay, Kelli had a plan to destroy Amanda’s life, firstly be targeting Belle, her daughter. She had organized Belle’s kidnapping but Amanda was clueless. Just how Kelli wanted it.

Kelli’s next plan was to get Amanda and Peter engaged, that was before she planted flowers in Amanda’s house and got Ethan, her boyfriend, to write a note on the card , saying “thanks for a great night”. Kelli wanted Peter and Amanda’s relationship to fall apart by making it look like Amanda had cheated on Peter. Peter found out about the flowers and the note, and wasn’t very impressed. Amanda told Peter she didn’t have a clue who “Jeremy” was. But Peter wasn’t convinced, so the two of them broke up and Peter moved out. Kelli’s plan was going exactly to plan, she would make sure Amanda’s life was great one minute before she unleashed her next plan, to make Amanda pay.

Peter and Amanda made up and the same night they got engaged, after Kelli had a word to Peter about how she thought there was a wedding on the cards. Peter said there wasn’t but he soon changed his mind and proposed to her and she said yes.

The day after, Kelli was ready to put the next stage of her plan into action. She got Ethan to tamper with Amanda’s car so that it would brake down. Sure enough it did, and guess who turned up to help fix it?..Ethan! He stopped and helped fix her car before asking her out. Amanda said she had a fiance but would have, if under different circumstances. Ethan gave Amanda a card with his name and details on it just in case she changed her mind.

Peter found out that Ethan fixed Amanda’s car at his engagement party. A couple of days later Amanda and Peter had yet another argument. Amanda went to Noah’s bar to get over it and ended up speaking to Ethan. Ethan drugged Amanda and they ended up together. What Amanda didn’t know, was that Kelli had got Ethan to take photos of them together.

Amanda went home and her and Peter worked things out, but she didn’t tell him about her and Ethan. After Ethan bribed Amanda into stealing morphine from the hospital, he got her to keep them in her house. She stuffed them under the kitchen sink, hoping Peter wouldn’t find them. Kelli was enjoying seeing Amanda terrified about what Ethan might ask her to do next. Peter got suspicious of what Amanda was hiding from him, Kelli lied for Amanda and said she bought a wedding present for him and didn’t want him to see it.

Amanda showed Kelli what was really in the cupboard. Ethan phoned Amanda and asked her to meet him because he needed to sell the morphine on. Kelli was positive she should come with Amanda, so they told Peter they were going out to do secret wedding business and he bought their story.

Kelli accompanied Amanda while she met up with Ethan. Kelli waited in the car while Amanda gave Ethan the morphine. Ethan noticed Kelli was in the car and Amanda kicked Ethan so she could run away. Ethan gave chase and ended up being dragged along with the car. He fell to the ground. Kelli got out of the car to see if he was alive, of cause he was, but Kelli’s plan was to make it seem as though he was dead. She told Amanda she couldn’t find a pulse and that he was dead. Amanda was terrified that she had just killed him, exactly how Kelli wanted her to feel.

Amanda wasn’t coping very well, so Kelli said she would go back and bury Ethan. Kelli returned telling Amanda that Ethan was taken care of. She assured Amanda that she was going to look after her. Amanda thanked her sister for helping her, but that was only the start of Kelli’s plan.

Kelli wanted to make Amanda’s life worse by making it appear she was seeing ghosts! Amanda saw Ethan outside the diner and at her house and thought she was going mad. She decided to turn herself in because she didn’t feel it was fair on Peter or her self.

Belle eventually found out about Amanda and Ethan. Amanda and Kelli had an argument. She told Kelli that she was sick of her pushing her and telling her what to do.

After that, Amanda went to the station to tell Peter that she “killed” Ethan. Kelli came along before she got the chance and told Amanda how she came to the Bay to resolve things and forgive her. Kelli begged her sister not to tell Peter what happened because she would go to jail too as she was involved. Peter came to the station and asked what was going on. Amanda told Peter that she and Kelli had an argument but that everything was as it should be.

Kelli told Belle not to say anything to Peter about Amanda and Ethan. Belle said she wouldn’t as long as that was what Amanda wanted. Kelli told her to keep her mouth shut and not start stirring up things she couldn’t possibly understand. Belle obviously started to get suspicious of her Aunt.

Amanda told Belle about the car accident that she and Kelli were involved in. She told her how before Kelli came to the Bay she was working in the same office job for ten years, because no other employer would give her the time off she needed for treatment. Amanda was trying on wedding dresses, when Kelli was talking about a girl she used to work with and how she got married in turquoise and the whole wedding party looked better than she did. She said that the woman was her boss, and she ended up leaving and getting a new job because of it.

Belle didn’t quite buy that story, and knew her aunt was hiding something. She searched through Kelli’s bag to find a card from a guy. Belle asked Kelli if she was bringing anyone to the wedding, she replied saying that she didn’t have a man in her life. But Belle told her that she found a card in her bag from a guy that obviously liked her. Kelli said that she was engaged to someone very briefly but before she announced it, he left her. The guy wrote the card supposedly because he missed Kelli and regretted breaking up with her. Kelli told Amanda and Belle that she couldn’t go back there because it hurt too much. Belle still wasn’t convinced and went looking for evidence to prove that Kelli wasn’t as nice as she was making out.

Belle was at Amanda’s place when she heard Kelli’s phone ringing. She recognized the ring tone as the one she heard on the night of her kidnapping! Kelli contacted Clyde, the guy that helped her kidnap Belle and paid him off. Kelli told him to get lost and never come back again.

Belle went out to dig up more information on her aunt but she didn’t get very far, when a car pulled up right in front of her. The person in the car was Clyde. Belle also recognized a bridal bag that Amanda had given Kelli earlier that day, inside the car with a lot of money inside it. The car drove away and Belle was left shocked. She was starting to work out Kelli