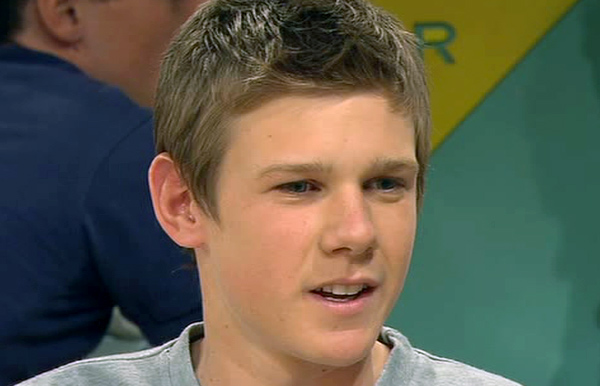 Kenny was one of the Summer Bay youngsters who auditioned for Colleen’s play Summer Dreams of a Summer Night. He auditioned for the lead role of Rex alongside a girl named Mandy and, like many of those present, questioned Colleen’s dialogue and storyline. Colleen eventually gave the lead roles to Lucas and Matilda instead of them.

When Matilda found a note in her bag after rehearsals from someone who called her beautiful, she assumed it was from Lucas and placed a note in his bag in return. Kenny seemed keen to hang out with her during rehearsals and confirmed he was familiar with the terminology Colleen used when Lucas questioned it. After the session, Kenny asked Matilda what she thought of the note he gave her, prompting her to run off to try and retrieve her note before Lucas saw it.