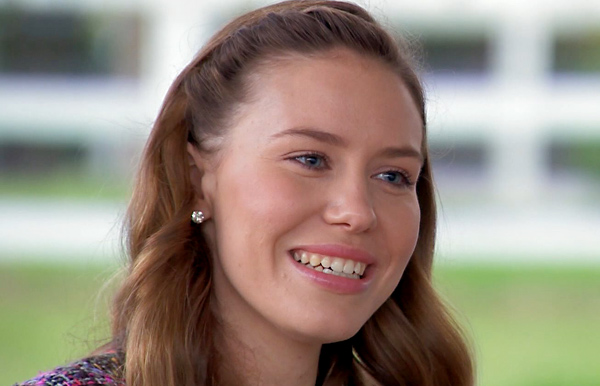 When Dean Thompson tracked down his father, former AFL player Rick Booth, he went to his grand mansion to confront him. He was greeted by Kayla, Rick’s daughter, who was arriving home as Dean approached the front door. She called out to her father, who emerged from the house and promptly tells her to go inside. Later, she came out, asking her father who Dean was. With Rick having made it clear that he wanted nothing to do with him, Dean begrudgingly told her that he was no one before walking away.