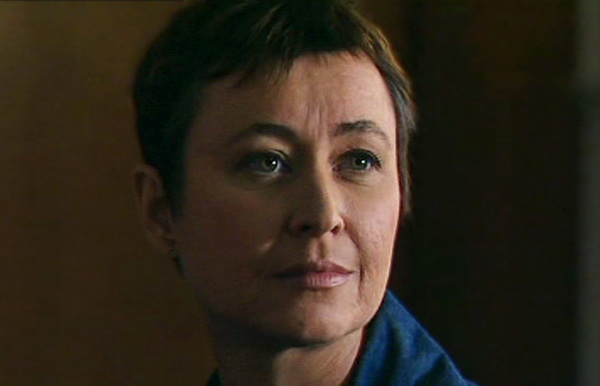 Jill was Jude and Noah Lawson’s mother. She arrived at the brothers’ flat unexpectedly, explaining she’d decided to come to Summer Bay after hearing from Jude’s ex-girlfriend Holly Loader about her recent visit. Her appearance was enough to make Noah take shelter at the beach house; he explained that, after Jude left home to get away from Jill’s religious mania, she had got worse, becoming obsessed with “saving” him until he had finally woken up to find his bedroom on fire because Jill had filled it with candles—not caring if he died because she thought praying for his soul was more important.

Shauna attempted to talk to Jill about the ructions she’d been causing but Jill made it clear that she thought Jude and Shauna were a bad influence on Noah because they were sleeping together before being married. However, she got on well with Hayley, and when Hayley told her about seeing the ghost of her father Ken at her book launch Jill agreed that it was his spirit contacting her. Jude tried to take her to task for scaring Noah but Jill considered Jude “lost” and told him she was going to make sure Noah didn’t go the same way.

Hayley continued to see Jill in secret, despite everyone else disapproving of her. She told Hayley that Noah’s stories were lies and Hayley filled her in on Noah’s drinking. When Irene confronted her, Jill accused her of stealing Noah away from her. However, the local minister, Reverend Bailey, had begun to be concerned by Jill’s obsession and asked Jude and Noah for help. When Jill found the three of them together at the church though, she believed they were conspiring against her and collapsed in mental anguish, crying out that Noah was “lost”, to the point that her sons had to leave. Not long after, she was admitted for psychiatric help.