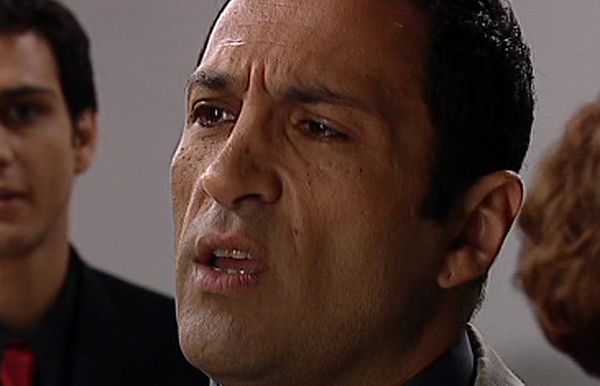 Con was the brother of Theo Poulos, making him the uncle of Leah, Alex, Chris and Dimitri. He ran his own electrical firm and, when Alex qualified as an electrician, offered him a job. Alex soon became disillusioned with Con’s underhand business practises however and quit, moving to Summer Bay. He told Theo that Con was cheating people, but Theo was unwilling to believe his brother was a conman.

Con came to town with his family for Leah’s wedding to Vinnie, where he was warmly greeted by the family aside from Alex, with whom things remained tense. At the wedding reception, Con made a speech as Leah’s godfather, where he made pointed remarks about the importance of family loyalty. However, Theo realised that Alex was telling the truth about Con and the two brothers ended up getting into a fight. Con has not visited Summer Bay since.