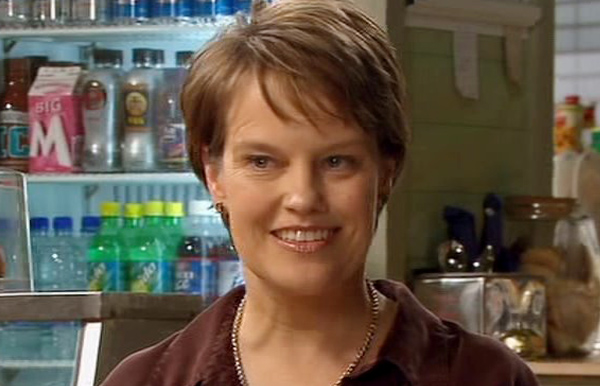 In Morag’s fight to defend Kim against false sexual assault charges laid by Tara O’Neil, she tracked down Tara’s mother Grace. Grace admitted that Tara had a history of lying and had played similar games in the past to get her father Gordon’s attention. Grace and Gordon had divorced shortly afterwards. Morag then talked Grace into giving evidence if the case went to court.