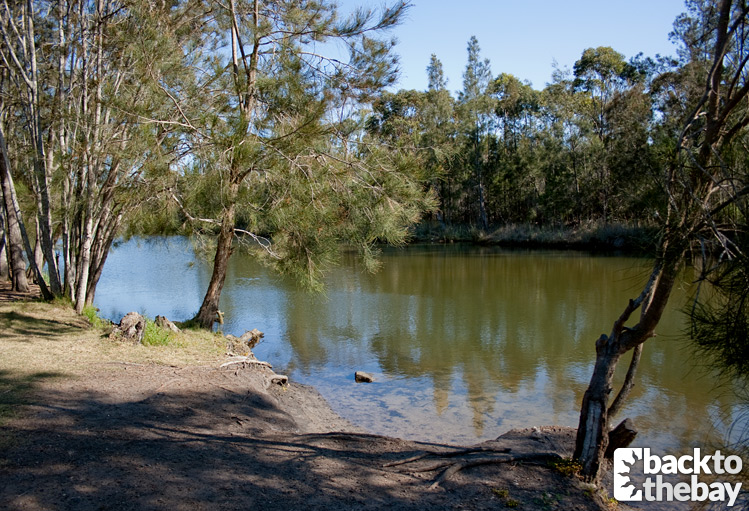 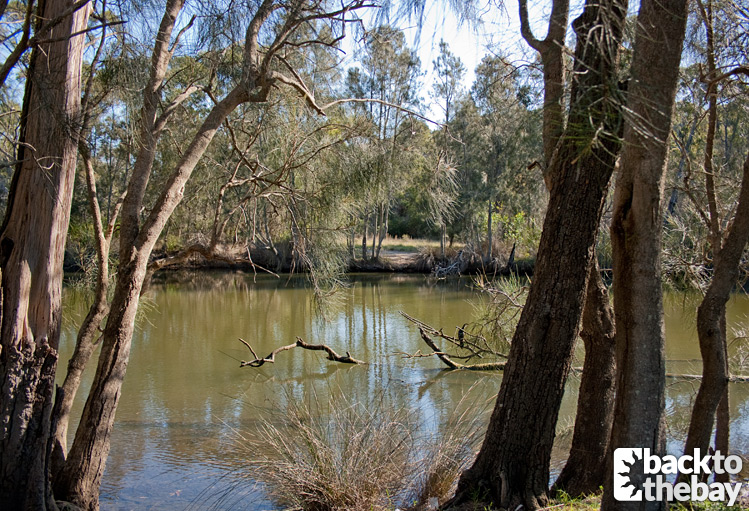 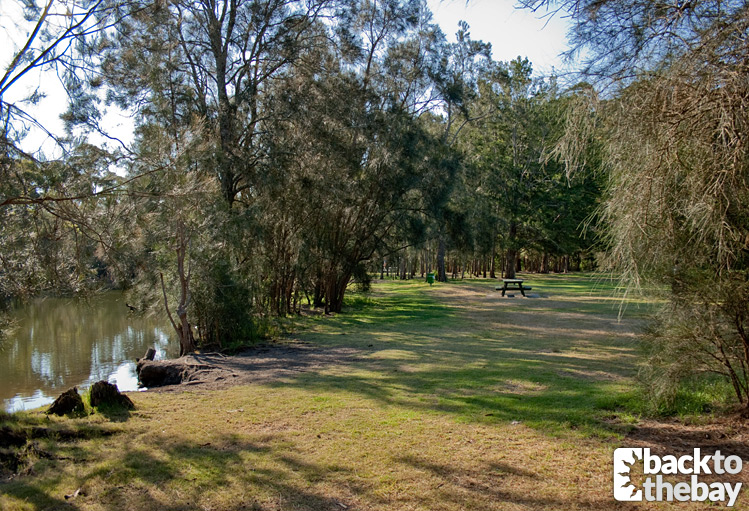 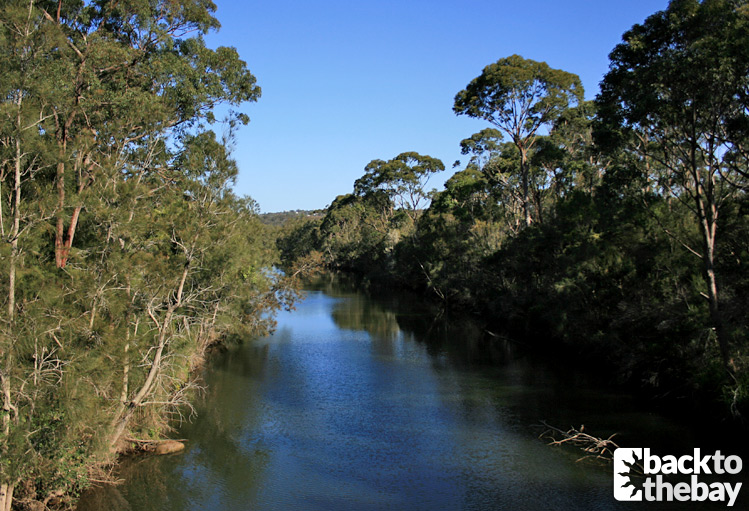 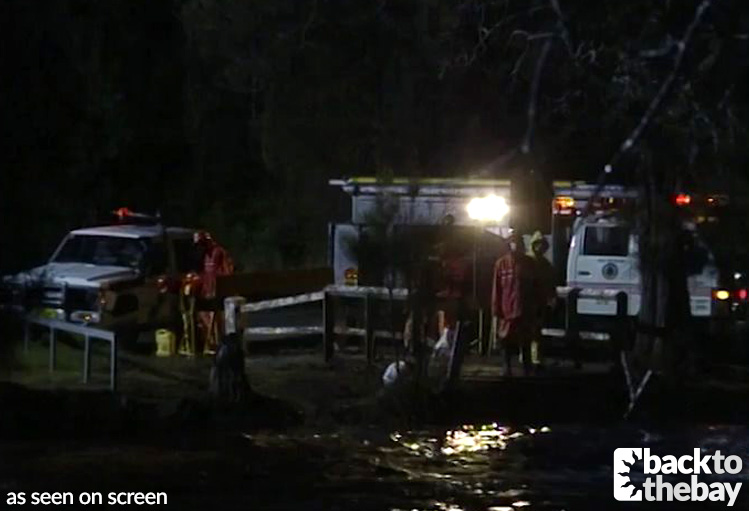 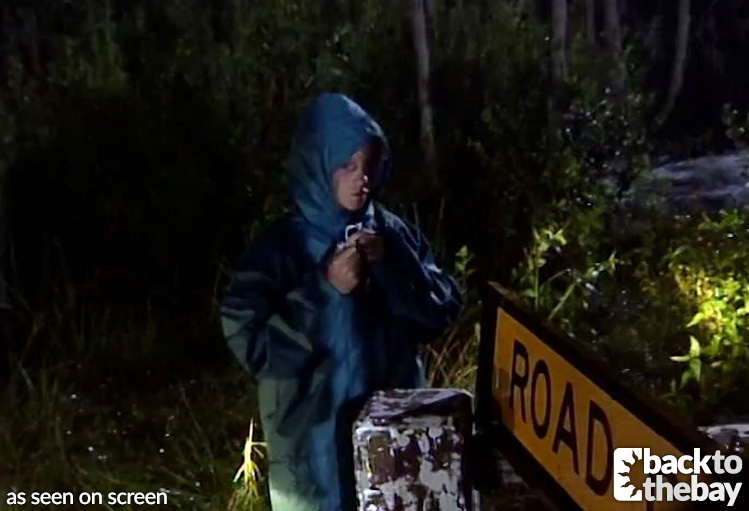 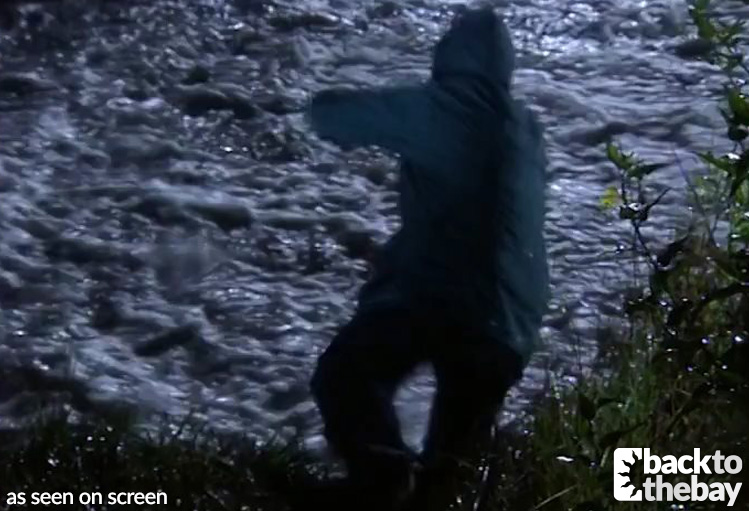 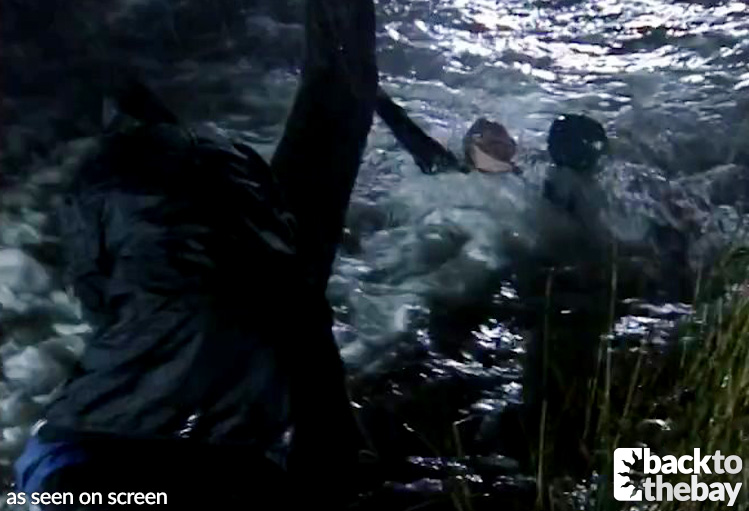 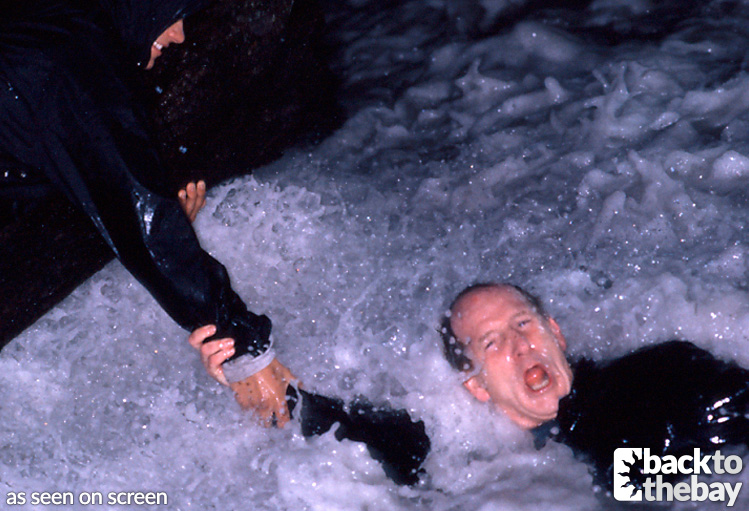 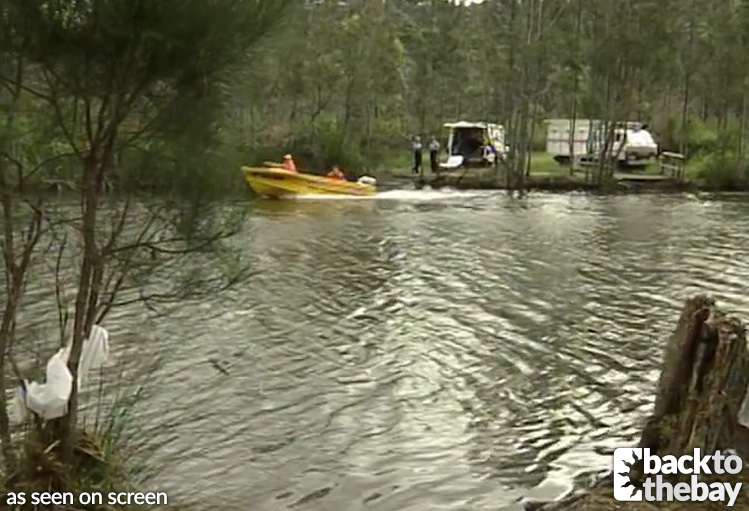 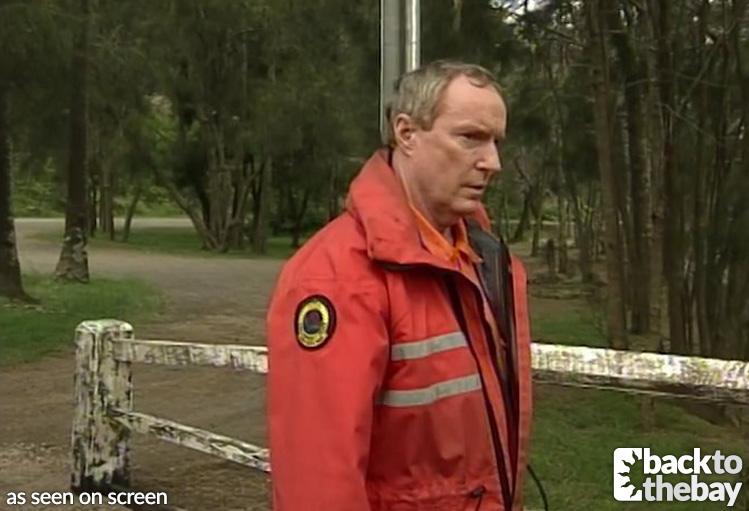 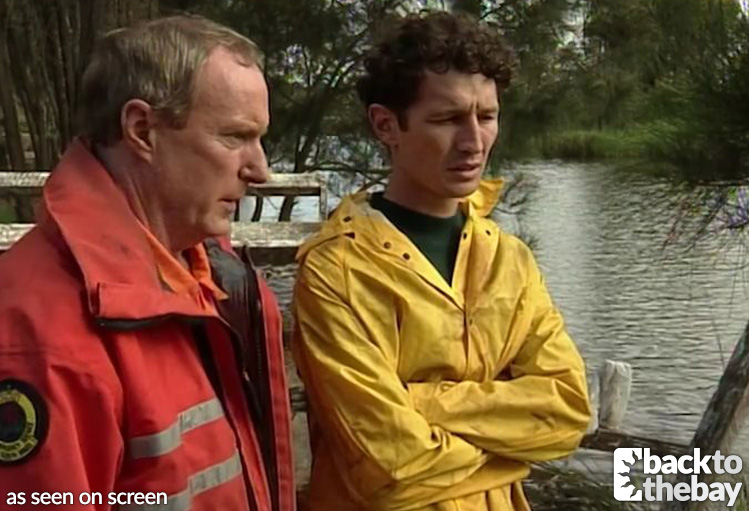 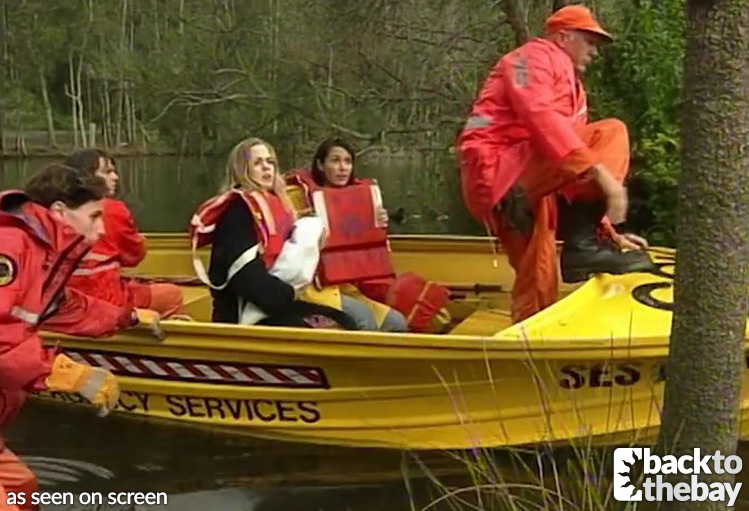 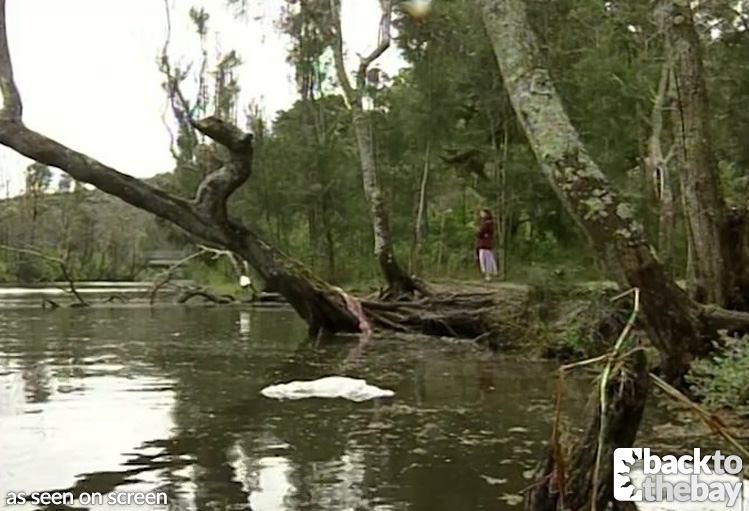 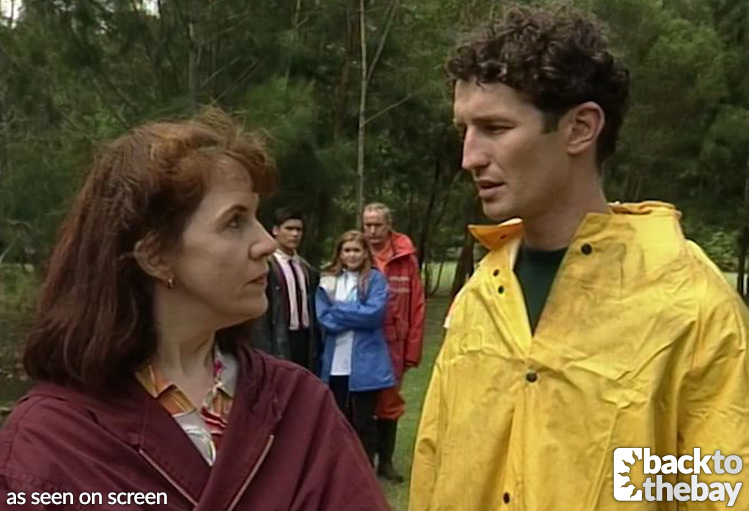 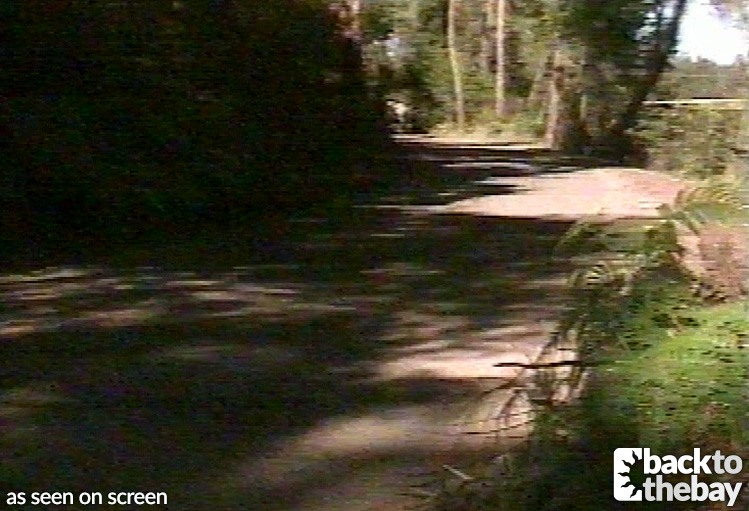 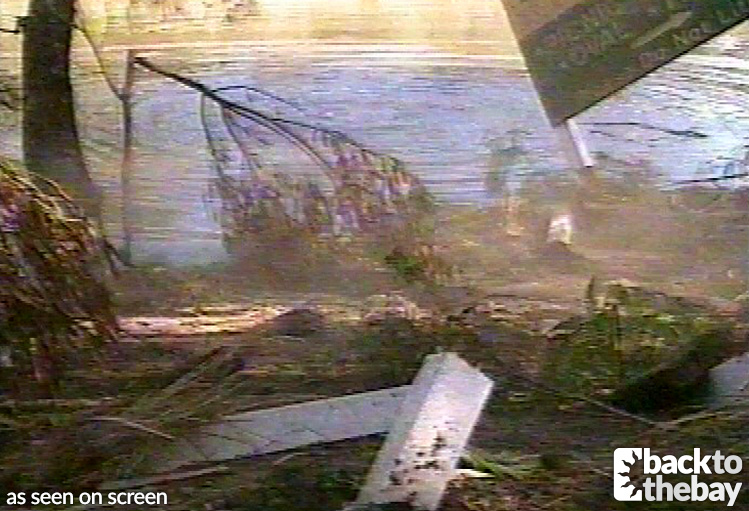 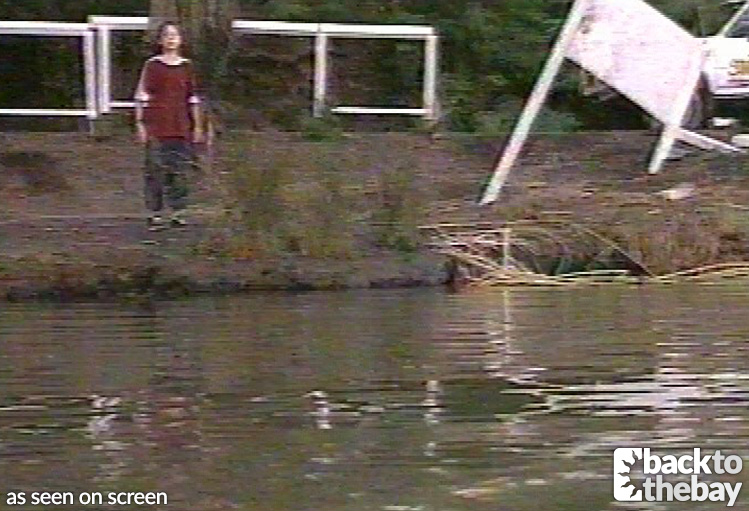 This location played a major part in the 1996 season, with it being the very place where Michael Ross drowned whilst saving his foster son Sam Marshall during the great storm.

Having picked up Sam from footy practice in Yabbie Creek, Michael found that the bridge leading back to Summer Bay had been washed away, with Alf and the emergency services already present. When Sam slipped and plunged into the raging water, Michael dived in to save him. Once he had a hold on Sam, he grabbed onto a tree branch hanging over the river and shouted for help. Jack Wilson and Liam Tanner were nearby and heard Michael’s calls, and Jack was able to lift Sam up to safety out of Michael’s arms. Unfortunately he then lost his grip on Michael, who was washed downstream.

The following morning, when the storm had disappeared, Angel Parrish and her newborn baby were escorted across the river by the emergency services. As a downcast Pippa stood by the river later on, she was delivered the bad news by Steven that Michael’s body had been found.

The location used for all these scenes was Deep Creek Reserve in the suburb of North Narrabeen. It sits on the creek of the same name, which runs into the Narrabeen Lagoon.

All of the daytime scenes, including Pippa finding out about Michael’s death, were filmed on 13th February 1996—with the scenes of Michael and Sam standing by the river, and Sam falling in, shot that evening. This called for Rain/Wind FX, Raging River FX (provided by jet-skis), Underwater Cameras and Stunt Doubles.

The following day, the crew returned for an all-night shoot to film the dramatic scenes which saw Michael save Sam and then get swept away to his death. Michael’s last scene was the first to be filmed, over the space of four hours, and the only one to feature Ryan Clark as Sam—who was only legally allowed to film until 23:45. The scene showing Sam being pulled out of the river by Jack was filmed later and utilised a stunt double.

The washed out bridge was provided by the crew, which was placed at the location shown in our first picture directly adjacent to the parking area. The “hero tree”, as it was dubbed by the crew, was also provided, and placed around 25m downstream of here. For those scenes where characters were shown on the Yabbie Creek side of the river, the cast had to be ferried across, with only essential vehicles to be taken down the bush track.

The creek continued to be used on occasion over the next couple of years, another memorable storyline being when Sally, Selina and Shannon drunkenly took a raft onto the river, only for it to collapse. Although Selina and Shannon got themselves to safety, Sally was missing and feared dead. It later transpired she had been saved and then held captive by a hermit living in the bush named Jamie.

The road leading to the reserve (seen in the 2nd Streetview tab) was used in 1999 as the location of Ailsa and Duncan’s accident, where Ailsa’s car ended up in the river with her trapped inside.