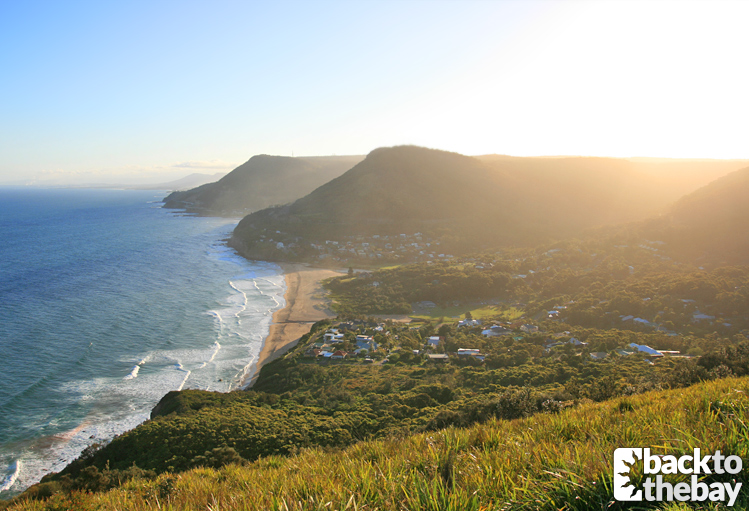 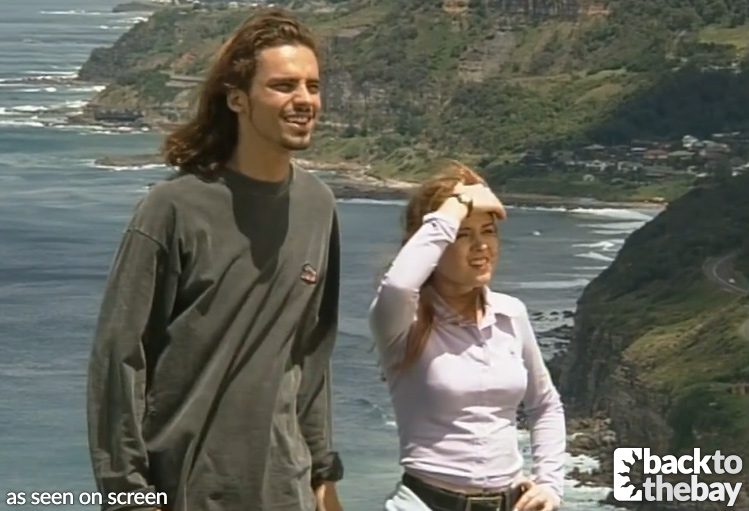 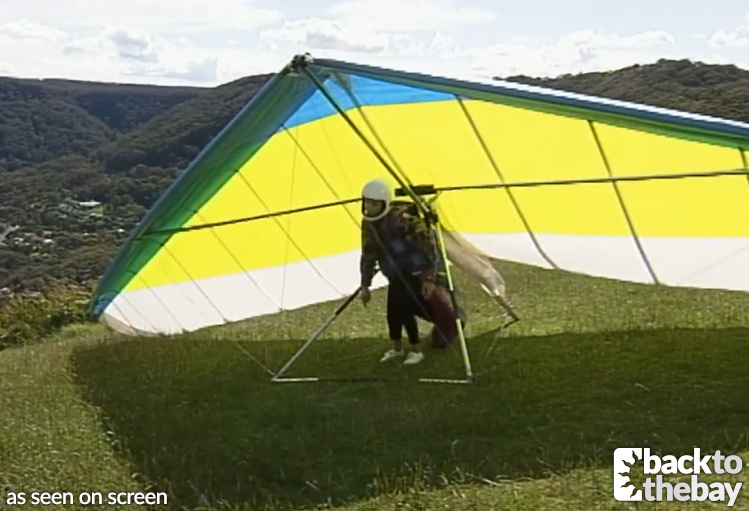 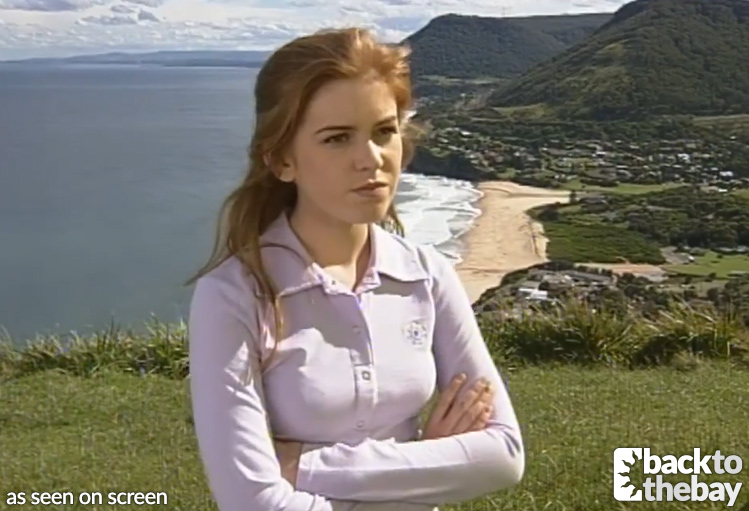 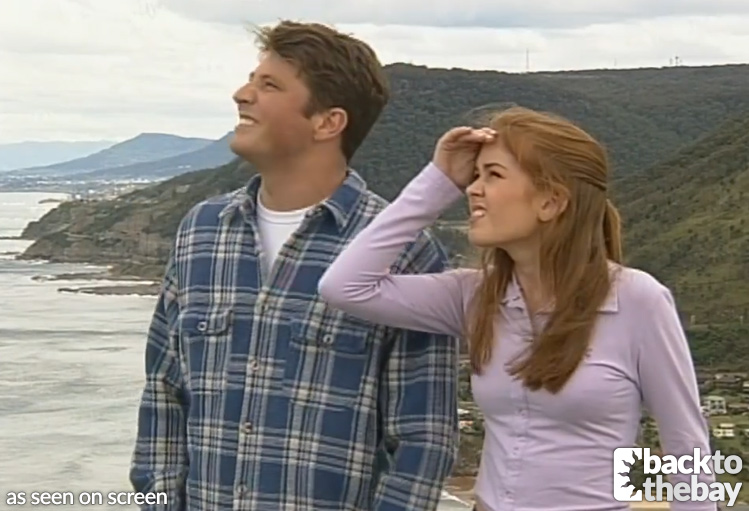 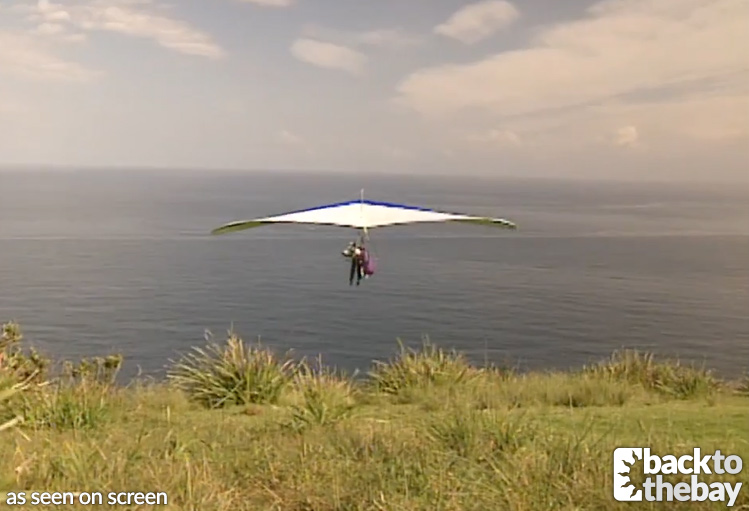 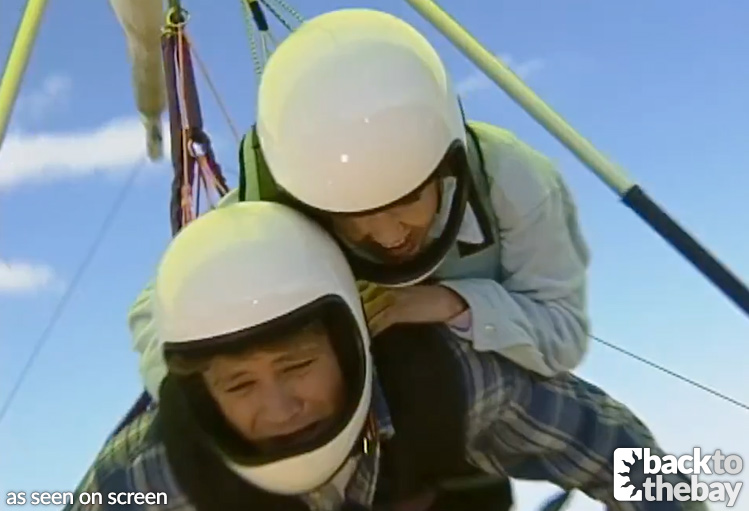 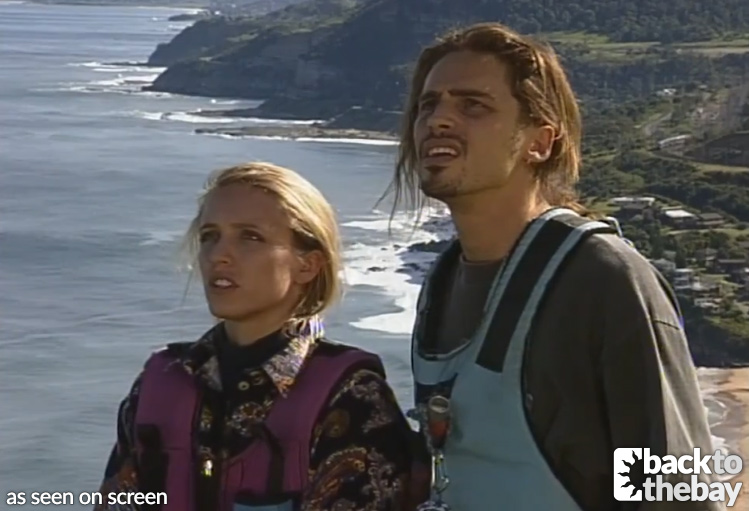 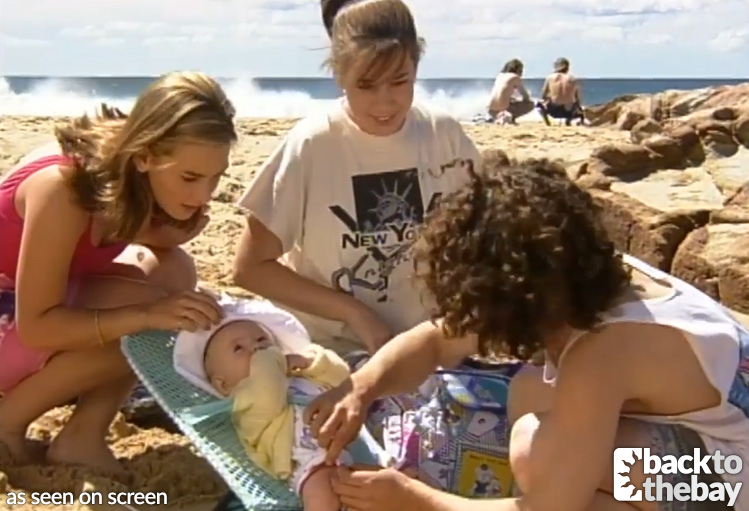 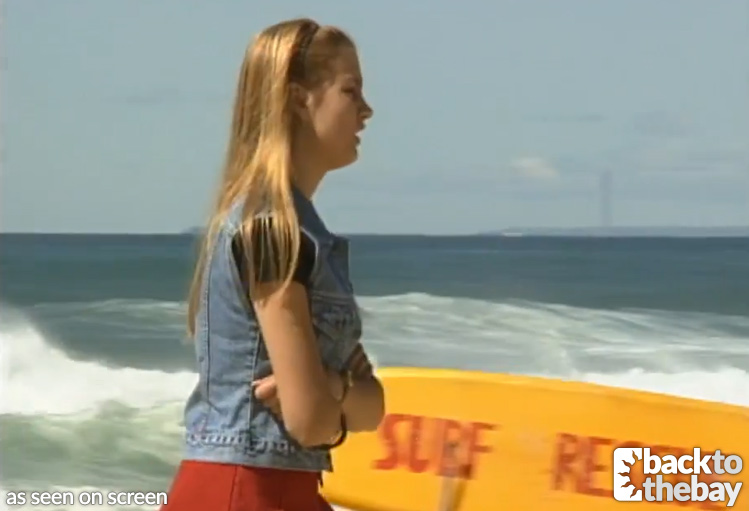 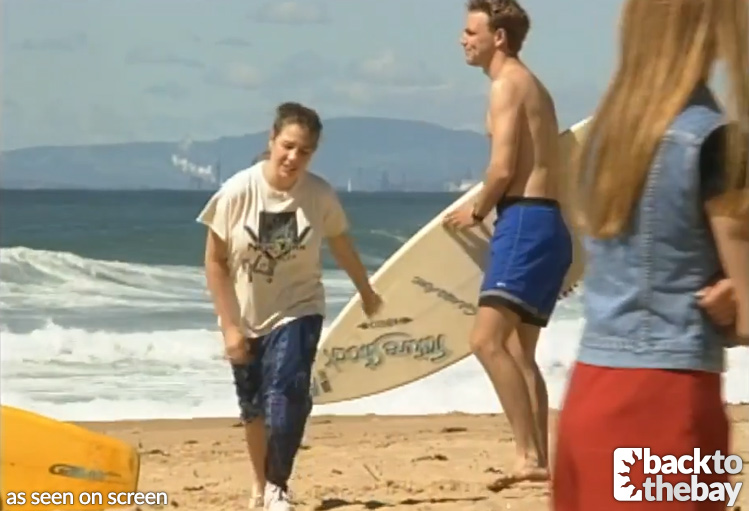 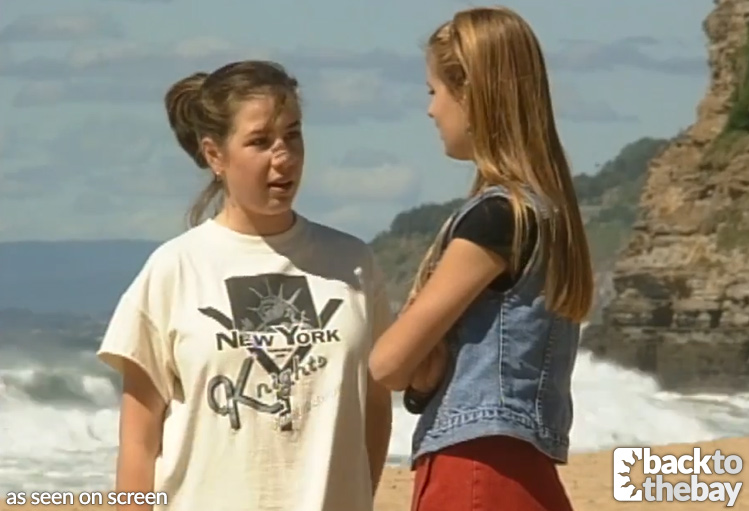 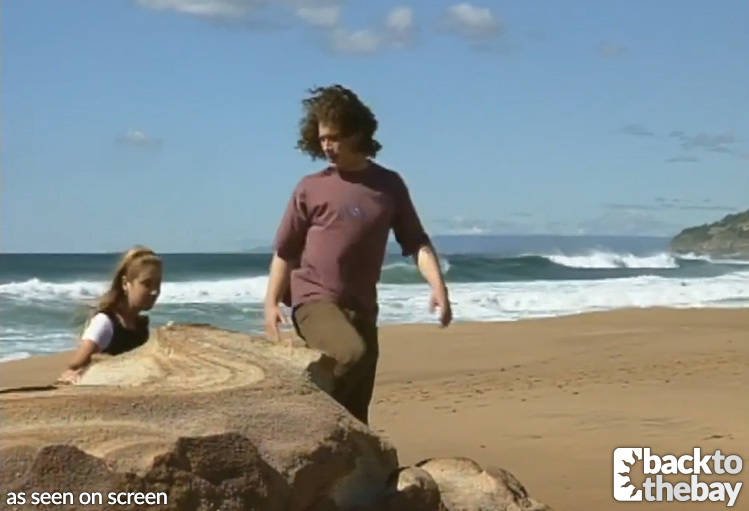 In Episode 1863, Alex Bennett & Shannon Reed went hang gliding with some friends of Alex’s, Phil & Georgie, who had come to the bay to view Angel & Shane’s house and decided to take advantage of a nearby launch site at Rocky Point.

When Phil & Shannon’s tandem hang glide took an unexpected landing, Shannon spotted an old plane wreck in the bush—which would lead to Shannon eventually tracking down the pilot’s grandson in the UK, Simon Broadhurst.

Some distance from the usual ‘Summer Bay’ filming locations, in reality the spot lies at Bald Hill Headland at the southern fringe of the Royal National Park—overlooking the picturesque coastal village of Stanwell Park around 50km south of Sydney and 30km north of Wollongong.

One of the most popular lookouts in the area, and a world-renowned hang gliding and paragliding site, the headland forms the northern end of the Illawarra escarpment.

For logistical reasons, further scenes for Episode 1865, involving Sally, Selina, Chloe, Brendan and baby Millie were also filmed on the same day on Stanwell Park’s beach, which stood in temporarily for ‘Summer Bay’. Eagle-eyed viewers may have spotted the different landscape, with the chimneys of Port Kembla visible in the background (as seen in the screenshots).