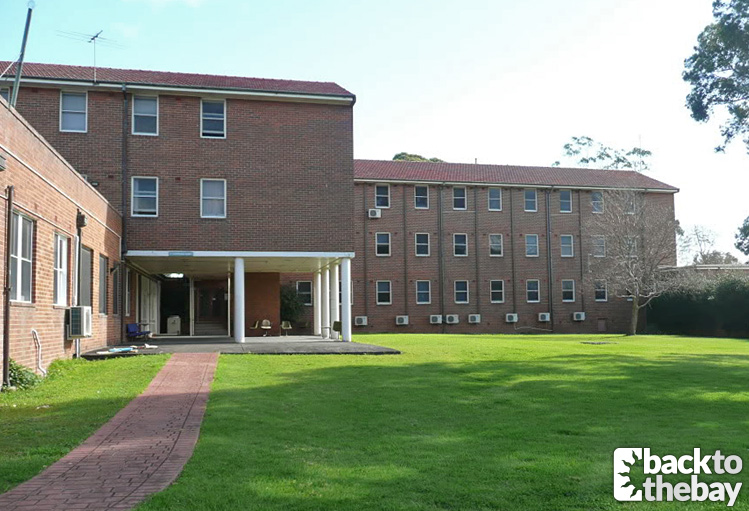 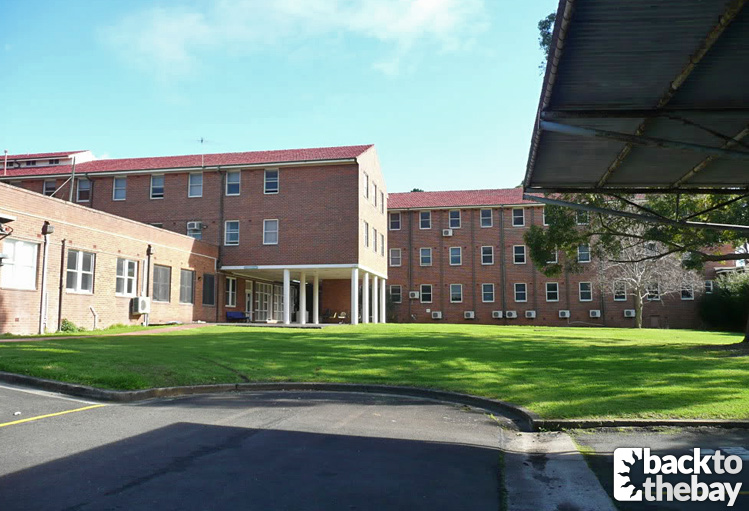 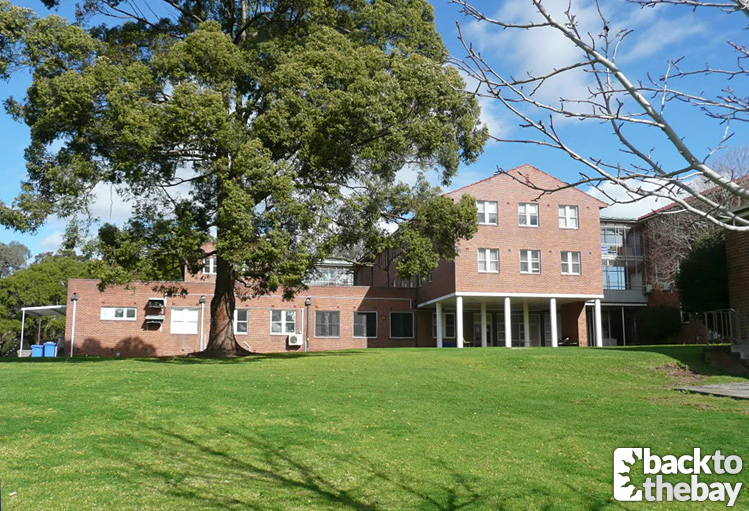 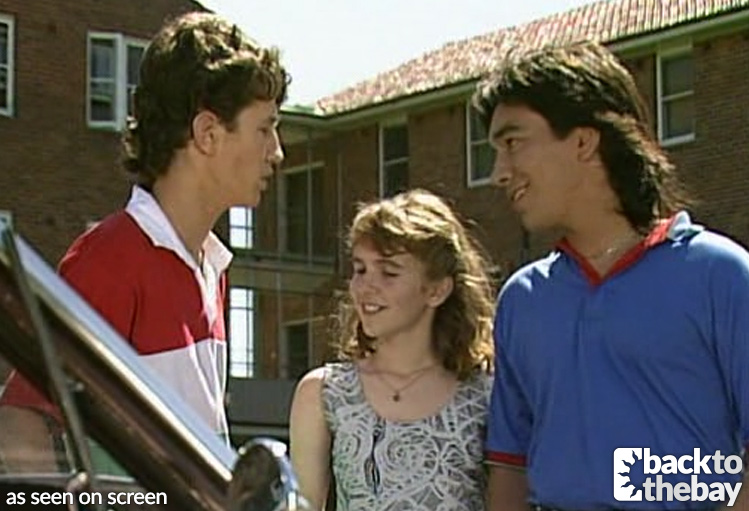 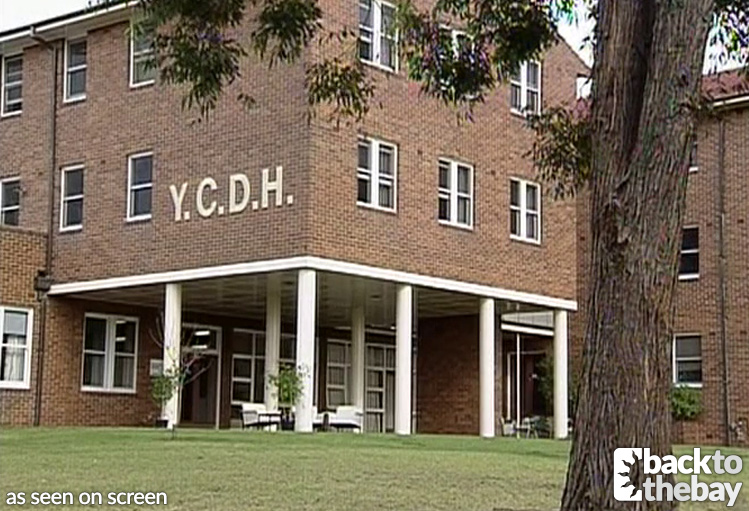 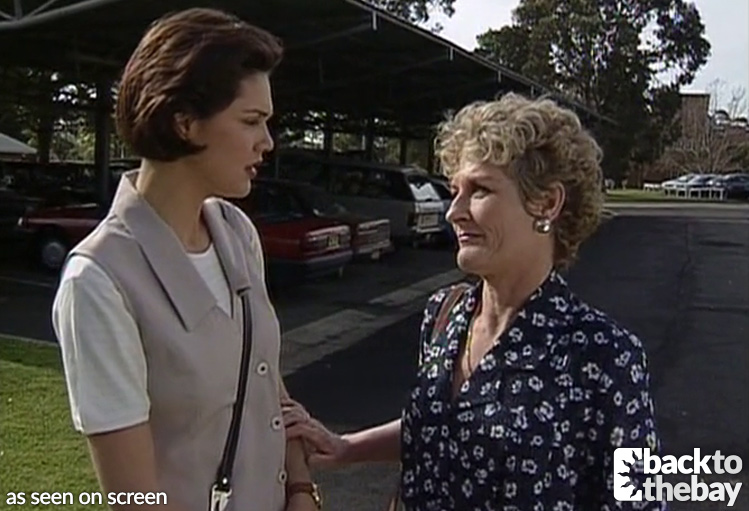 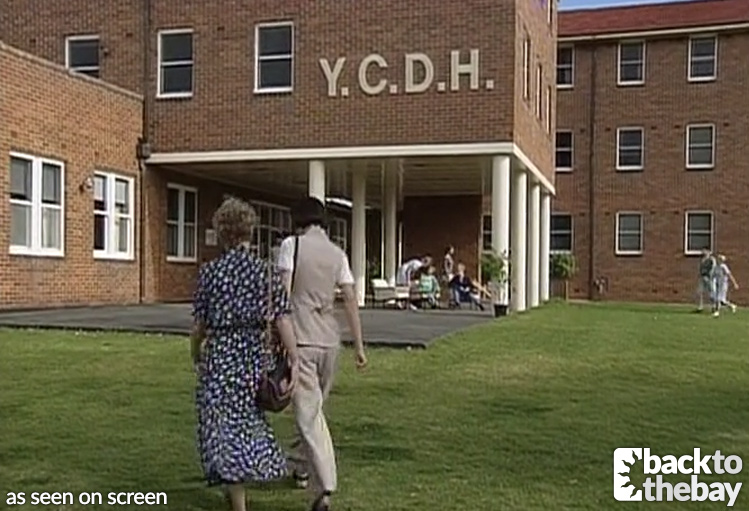 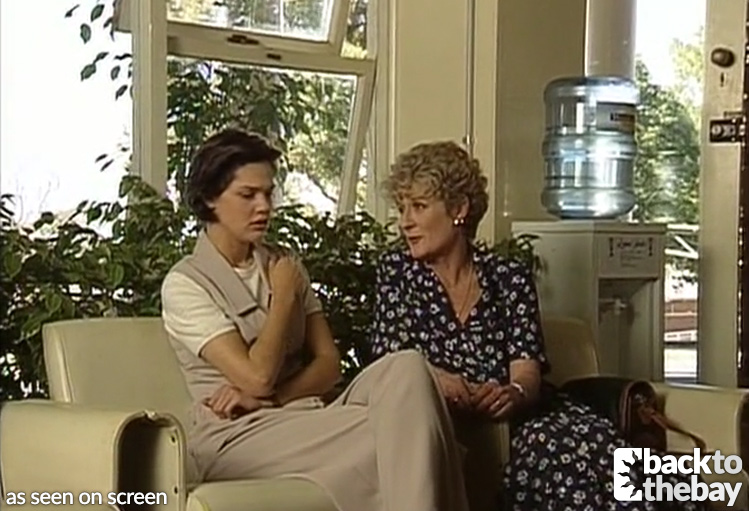 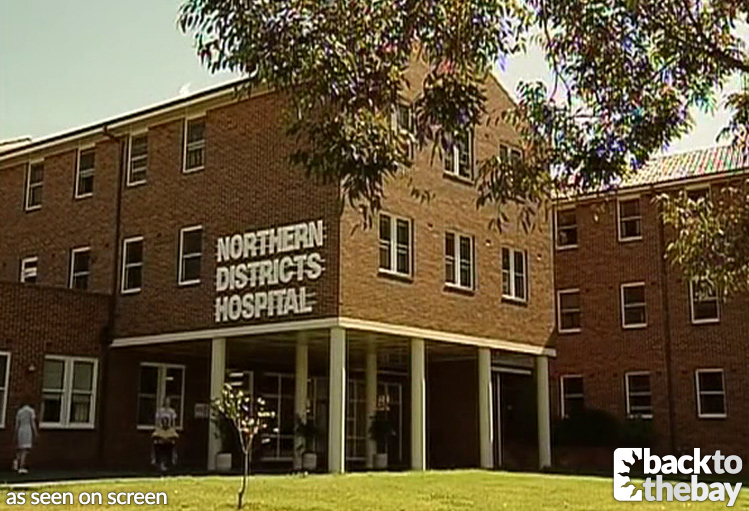 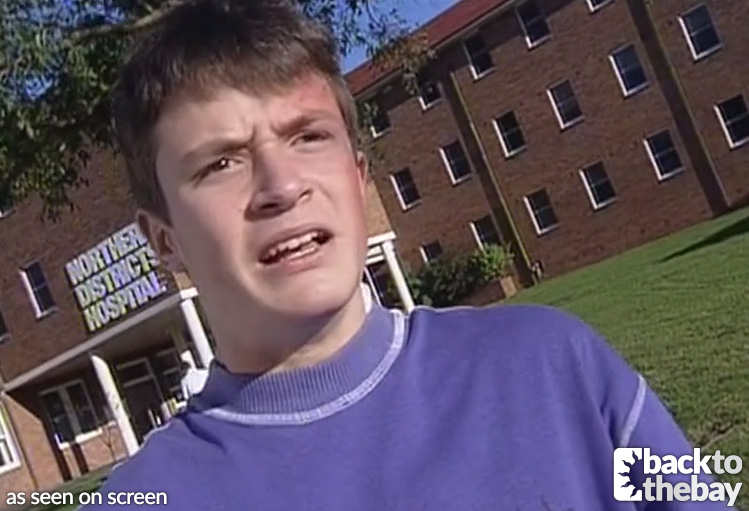 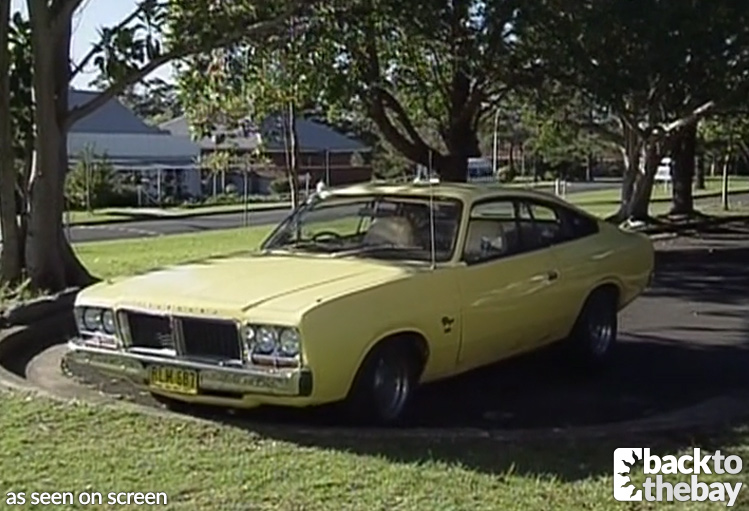 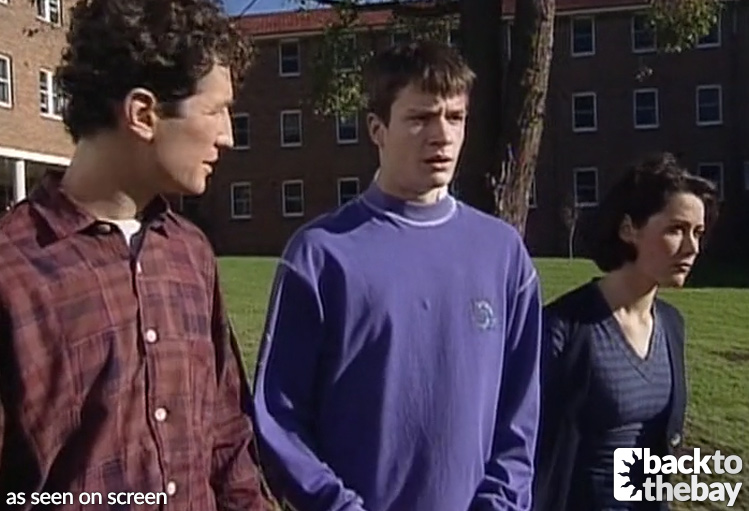 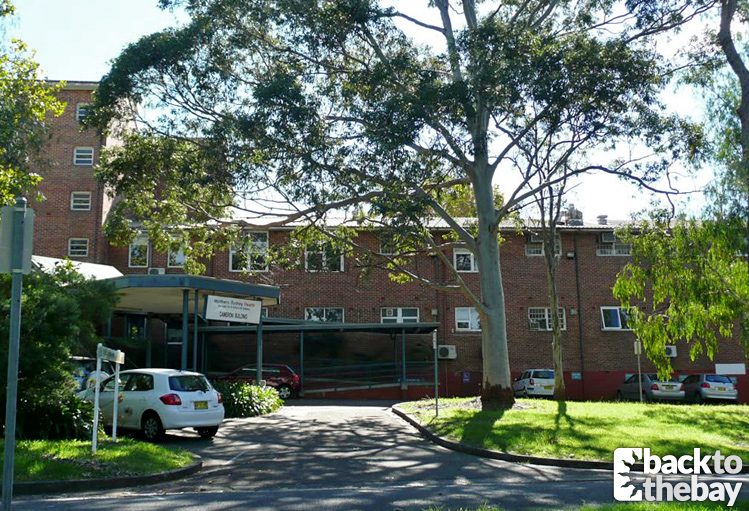 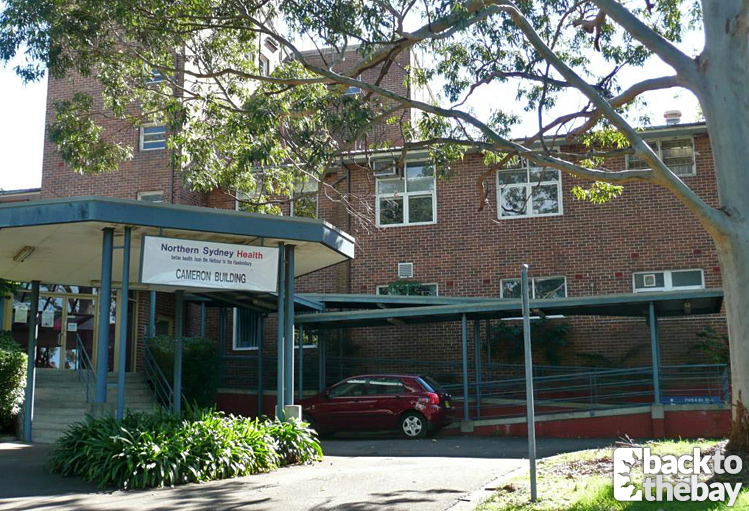 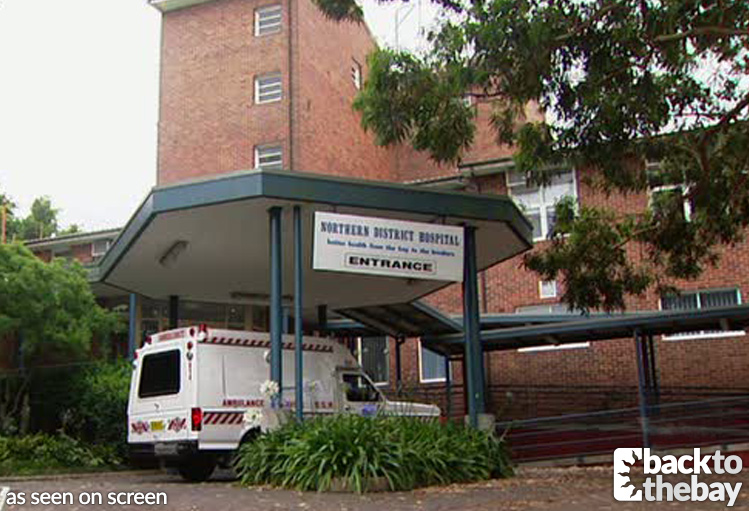 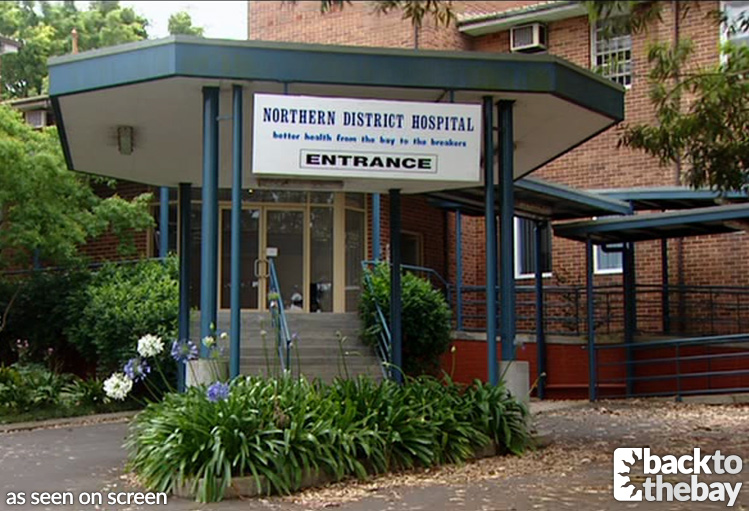 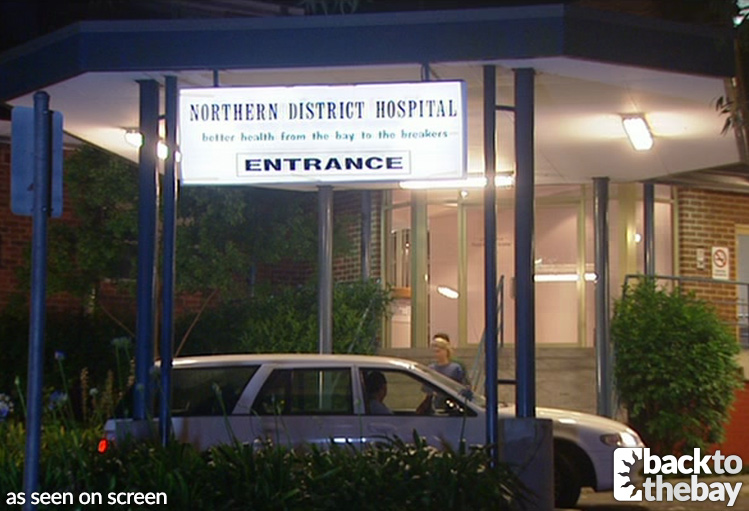 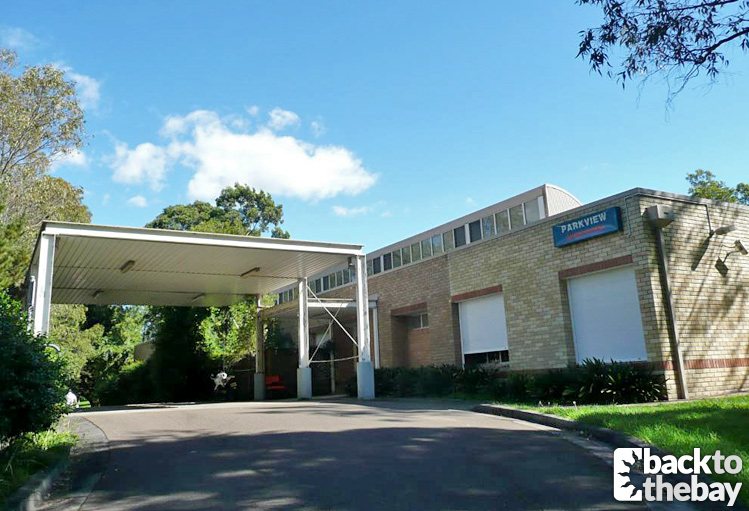 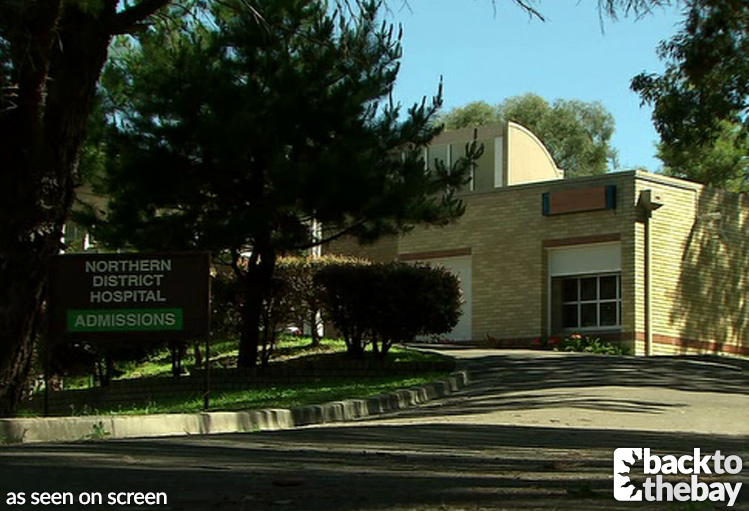 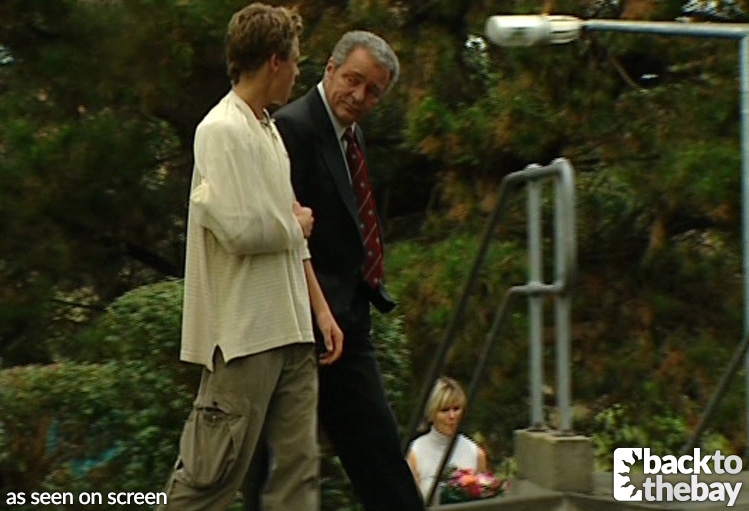 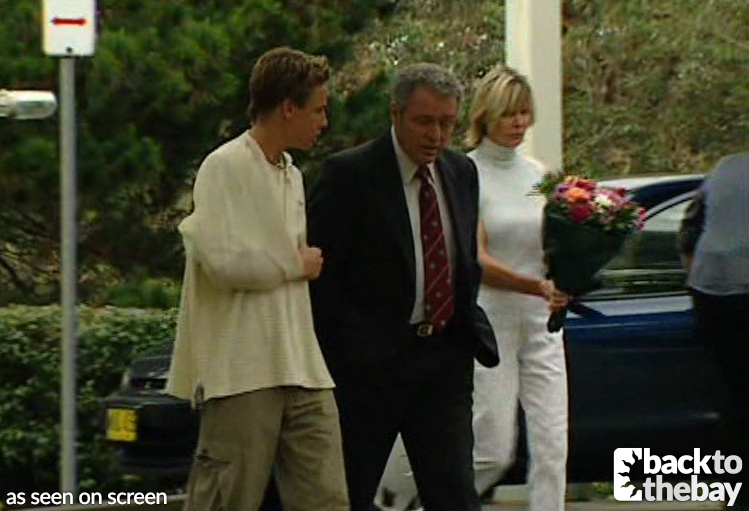 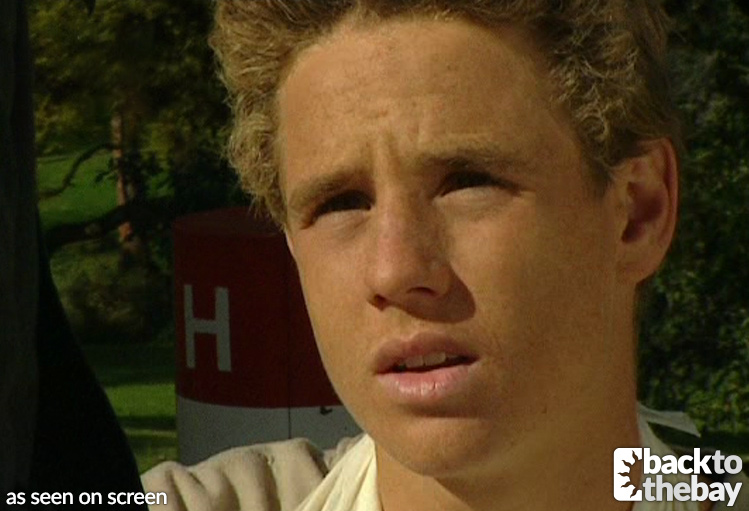 In the closing weeks of 1994, Roxy Miller had to undergo treatment for breast cancer, and the show introduced a new exterior location for Yabbie Creek’s Northern Districts Hospital.

This particular location—Macquarie Hospital, a specialist mental health residential facility in the NW Sydney suburb of North Ryde—was already very familiar to the Home and Away crew, as various buildings in the complex had been used for filming the exterior scenes of Summer Bay High since the show’s inception.

It wasn’t the first time that the complex had been used on the show as a medical facility however. In the opening months of 1988, Building 61 (pinpointed ‘A‘ on the below map) had briefly been utilised as the location of Nico Pappas’ psychiatric home, the ‘Northern District Clinic’, when Lynn Davenport went to visit him in Episode 40. 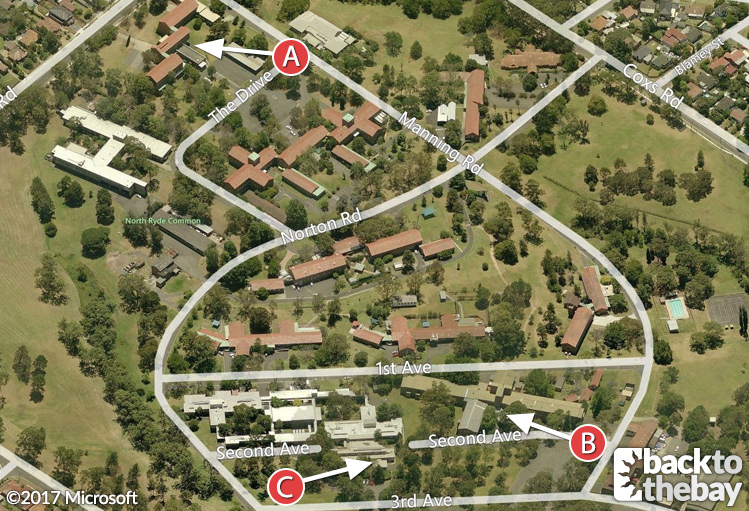 It was the same building that would eventually become one of the regular hospital exteriors following Roxy’s first visit in Episode 1581. Whilst hospital interiors are usually filmed on the studio set, on this occasion the real-life interior of the hospital was utilised.

This building is directly adjacent to the Lavender and NSEC buildings, which were being used at the time for Summer Bay High scenes, so care would have had to be taken to ensure these weren’t visible.

Interestingly both the scenes and stock shots taken on Roxy’s first visits showed the acronym ‘YCDH’ on the hospital signage, presumably standing for ‘Yabbie Creek District Hospital’. This mistake was corrected within 3 weeks and replaced with the full name of ‘Northern Districts Hospital’.

Whilst both this and the previous hospital location would overlap for some time, it started to become a more permanent fixture in stock shots and the occasional exterior scene from mid-1995, following Nelson McFarlane’s admittance in the bushfire episodes.

Through 2000-2001, the show filmed a number of new stock shots elsewhere in the complex, at the Cameron Building (pinpointed ‘B‘ on the map) and the Parkview Unit (pinpointed ‘C‘ on the map). Whilst both of these would become a common fixture in the show via the stock shots, proper exterior scenes of the hospital at this point were extremely rare.

The Parkview building was again directly adjacent to another Summer Bay High location used from 2008-2009, with the entrance canopy actually visible in a couple of scenes in the school’s car park.

With these stock shots being used for many years afterwards, even at times when the show had moved onto other exterior locations, it’s hard to pinpoint exactly when Macquarie Hospital made it’s final appearance as NDH, but we do know that the shots appeared as late as 2010.