Home and Away premiered in Australia on 17th January 1988. In the feature length pilot episode we are introduced to Tom and Pippa Fletcher in 1978 who foster young Frank Morgan who has been in trouble with the police. They are told that one foster child will be enough, but ten years later they are celebrating Tom’s 40th birthday with their five foster kids – Frank, Carly, Steven, Lynn and Sally. Tom loses his job and so the Fletchers sell their house in the city to move to Summer Bay to operate the run-down caravan park. Bobby Simpson has been hiding out in one of the caravans and takes an instant dislike to the family, especially Carly. By the end of the episode, Pippa has worked her magic and Bobby becomes a part of the family. However Floss, the old psychic who lives on the caravan park in a circus van with her husband Neville, is disturbed to predict that Bobby will be the death of one of the Fletchers. 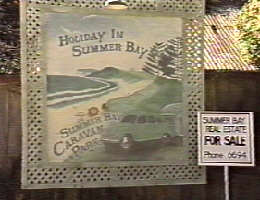 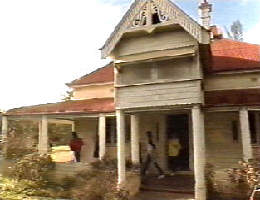 The Fletchers buy Summer Bay House and the Caravan Park 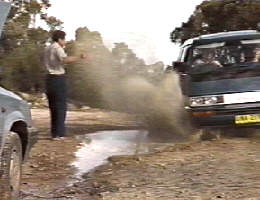 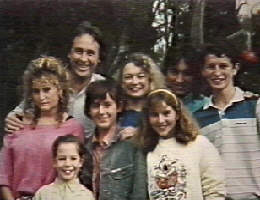 Bobby returns to school, much to the horror of deputy headmaster Donald Fisher who wants the girl arrested. Donald considers resigning after failing to get the principle’s position but decides against it when he realises he can motivate Bobby by making her hate him so that she will work harder to prove him wrong!

Lynn runs away from home and a greek boy called Nicko hides her. Nicko is on medication as he has mental problems and after Lynn returns, Donald starts a petition to have Nicko put in an asylum. Nicko is locked up after trying to strangle Donald who he suspected poisoned his cow.

Frank begins dating Alf’s daguther Roo (Ruth), despite Alf’s disapproval of Frank’s intentions for her. Roo is not happy when Alf and Ailsa get engaged and calls her Auntie Morag to try and dig up some dirt on Ailsa. Roo confronts Ailsa at the engagement party, asking her when she is going to tell Alf that she is a murderer! Ailsa confesses that she changed her name from O’Rourke to Hogan because she is a murderer and has been in jail. She killed her father because he used to abuse her mother. Frank breaks up with Roo over her hate campaign against Ailsa. Alf sends her away to boarding school.

Pippa falls pregnant and decides to go ahead with the prgnancy despite the fact that she could die in labour. She gives birth to baby Christopher.

Hitch-hiking home after visiting Nicko, Carly is raped and tries to hide it from Tom and Pippa. Lynn lets the news slip to Celia and soon the whole town in divided as to whether the attack was carly’s fault for hitch-hiking! Carly turns to alcohol to drown her sorrows.

Roo returns from boarding school and is reunited with Frank. They decide to get married. Alf is furious until Roo reveals they are getting married because she is pregnant! Booby is suspicious when Roo feels the baby kicking too soon for Frank to have fathered it since her return. Morag arrives in town and also realises the baby isn’t Frank’s. The real father, Brett Macklin arrives and tells Roo that he wants to baby but he is not interested in her. Roo runs out of the church on her wedding day and tells Frank that the baby is not his. Frank speeds off in his new car (Floss has had a disturbing premonition about the license plate) and has a serious accident. After his recovery, Frank gets together with Bobby. 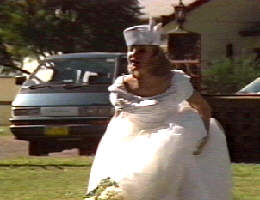 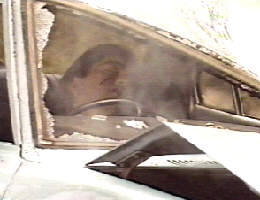 Donald’s ex-wife Barbara (Alf’s sister) arrives with their son Alan. Donald disapproves of Alan having quit school and spending all his time surfing, but Alan has an aneurism and is dying. Alan hits his father for telling people about his condition. Bobby has a relationship with Alan and makes him refuse sponsorship for his surfing career from developer Brett. Alan realises he has made the right decision when he learns the sponsporship was Donald’s idea in the first place. Pleased with himself, he finds his parents on the beach but stumbles as his aneurism stikes and is left with brain damage. His life support is turned off. 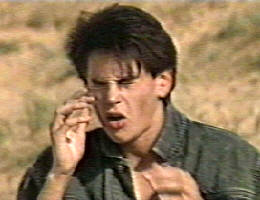 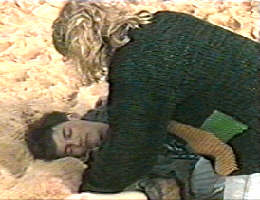 Barbara runs to Alan as he collapses from his aneurism

Lynn leaves to live with her parents.

Roo has complications in giving birth and Brett tells that doctors to save the baby rather than the mother so that he has an heir to his busines. Roo survives and gives birth to baby Martha, names after her late mother. Brett’s father are disgusted that the baby is not a boy and so they have no heir to the Macklin name but Brett wants the baby and bribes Roo to sign her over. He then kidnaps Martha fromt he hospital, claiming she belongs to him.

Alf and Ailsa are torn apart over Alf’s support of Brett’s development plans. Ailsa sells her shop to Celia and goes to Singapore. Alf tracks her down and they are reunited.

Lance’s mother Colleen turns up and gets on Lance’s nerves, as well as Donald’s as she chases after him.

Carly believes she sees her attacker on the beach, Gary Samuels, but she is wrong. The real attacker strikes again and is caught. Gary causes problems in the Bay. His gang carries out three burglaries, leaving Bobby with temporary amnesia. Gary eventually jumps off a cliff, killing himself, after an argument with Carly. Carly goes away to live in the city.

Donald awards Bobby the student of the year award and is disappointed that she does not want to continue her education. However, Ailsa offers Bobby a business partnership as she wants to set up a diner. Bobby and Frank get engaged. Bobby gets a letter from her jailed father Al Simpson telling her that he is not really her father but that Alf Stewart knows who her real father is.

In the season finale, Alf tells Ailsa that he has read Martha’s diaries and discovered the shocking truth about Bobby’s parentage. Donald decides to have Alan’s book “On the Crest of a Wave” published even though it paints a bad picture of him. Caroly returns home as the Fletchers celebrate Christmas.