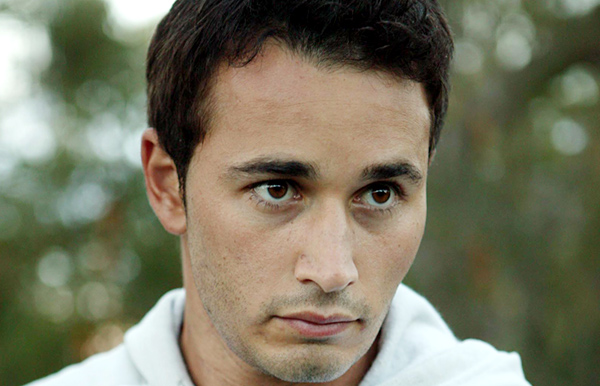 Elliot first appeared at Roman’s front door, answered by Nicole, and introduced himself as looking to ‘catch up’ with Roman. It was soon revealed that Elliot’s brother Mark had been in the SAS with Roman but had been killed. Elliot wanted answers as to why his brother had been killed and, with the second anniversary of his brothers death approaching, Elliot sought out Roman to give him those answers. He’d heard the official enquiry and now he wanted the real version of events. Roman’s.

Roman explained that during his time in the SAS, himself, Mark and the rest of the men in the unit had been ambushed and out-numbered by the enemy. They became separated and, once they had met at their designated point, Mark had been lost and presumed killed. They had wanted to go back for him but Roman made the decision not risk anymore lives by doing so.

Elliot didn’t accept what Roman and the official enquiry into his brother’s death had told him. So, despite seeming to accept what he’d been told, he embarked on a much dissaproved of relationship with Nicole. Roman heavily disliked his daughter having anything to do with someone like Elliot who brought up his guarded and painful past.

Roman’s warnings fell on deaf ears and Nicole considered herself his girlfriend but it soon turned nasty and Nicole split from Elliot. Elliot driven by his anger and grief set about a detailed and very carefully thought out game of ‘cat and mouse’ with Roman. He kidnapped Nicole and left a ransom DVD for Roman, who had to drink a flask of liquid or he would never see Nicole again. Roman had taken away who was most important person in Elliot’s life and he was going to do the same to Roman!

The Olympic Cliffhanger and Return episodes saw Roman, who had drunk the flask of liquid, waking to find himself hanging by his feet from a cliff! Elliot set about laying clues and traps for Roman to follow. Roman survived this ordeal and caught Elliot. Once he’d been arrested Roman told Elliot the real truth of what had happened. Mark had wanted to surrender when they’d been ambushed and he’d threatened to shoot one of his own men (Adam) if they didn’t. So Roman shot Mark in the leg first to stop him doing so. The enemy then captured Mark and killed him whilst Roman and the rest of his unit escaped.

Hearing what his brother had done broke Elliot down and he finally admitted where he’d left Nicole. We last saw Elliot in police custody and about to be charged with kidnap and attempted murder.