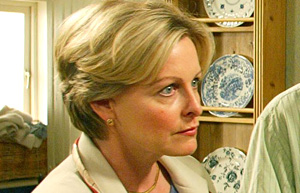 The mix-up had occurred when all three babies were born; Jade, Kirsty and Laura, with the Sutherlands and the DeGroots given the wrong children on a busy night at the hospital.

Mrs DeGroot returned the next day with his daughter Laura, whilst she got to know her biological daughter, Jade. The DeGroots returned to the city at the end of the day.