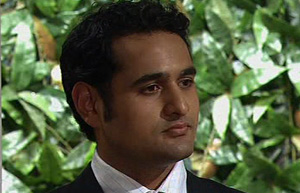 Mark was the Solictor of Jon Tallis, who was suing the gym. He turned up at Amanda’s house to discuss the case as his client wanted the matter dealing with as quickly as possible. Mark explained the extent of Jon’s injuries and said that it was due to professional negligence. He also said that his client intended to sue for physical and mental trauma as well as loss of earnings and was looking for around $800,000. Kellie insisted that it was crazy but Mark said they were crazy employing untrained staff and having no insurance. Amanda said she couldn’t afford that but Mark advised her not to fight it as there was no way his client would lose in court. He said he would be in touch with a formal offer.