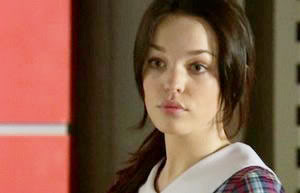 Mel was the director of the school play. She was the one who picked Annie and Romeo to play the main parts of Romeo and Juliet. She came up with the idea of giving the girls the male roles and the boys the female ones, which added some comedy to the play. When Romeo didn’t feel up to playing on stage in front of everyone, Mel feared she was going to have to find a new lead but Romeo managed to overcome his fear. The last time we saw her was on the night of the premiere when she introduced the play and later that night, at the after-party.