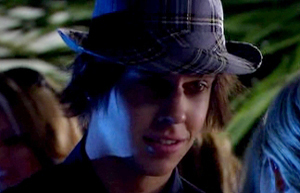 Trent was Nicole’s ex boyfriend who she bumped into at her mother’s party. He said he wasn’t there because he wanted her back, he was there out of curiosity. Nicole thought he was jealous of Geoff but said he wasn’t, he was just surprised to see her so happy considering everything that had happened with her mother and Roy. He told Nicole that Natalie had a better chance of hanging onto the house when the divorce went to court if Nicole was living there. Nicole was shocked but played along as though she was in on it. Trent then suggested they go up to Nicole’s room for old times sake but Nicole brushed him off.