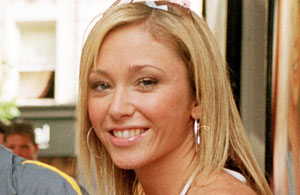 When Nick was lost in London he walked past a theatre where two of the members of the Liverpudlian band Atomic Kitten were signing autographs.

The band members gave Nick directions, whilst Nick flirted with them, before they got in a car and were driven away.