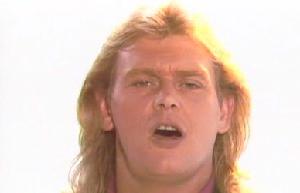 Sally won tickets to a John Farnham concert but was unable to go because she had chicken pox. Bobby and Frank went instead and managed to meet him backstage and told him about Sally. He agreed to come to The Bay and perform for Sally.

The next day he arrived in the bay and gave an impromptu concert for Sally. He was recruited by Pippa to help local nutter Walter Bertram be accepted in society and appeared in the paper shaking Walter’s hand. He departed Summer Bay, his good work done.