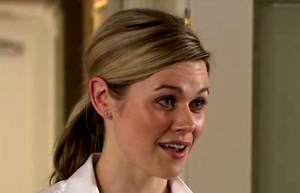 Nina was a colleague of Kirsty’s who reassured a nervous Kirsty over her first escorting job. She explained that Kirsty’s client would have a red rose and that he was called Karl and was a regular.

A few weeks later she was seen again when Kirsty confided that she was reluctant to do another escort job but felt she had no choice.