Who wrote what storyline? 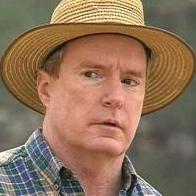 By Old H&A Fan,
April 18 in The Bayside Diner