No Tasha already knew Robbie wasn't the father due to the timing of the pregnancy. When Jonah later revealed he was sterile to Martha, he said he was also drugged and didn't have a clue who raped her

The BMD pages have been updated with all the latest developments now that they've aired in the UK, as well as with a couple of additions we missed last time. Births Travis & Rebecca's baby 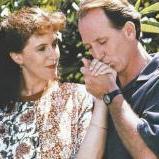 Thanks Dan F for all the hard work and time taken to update these pages. They are a great reference point for any H&A Fan.